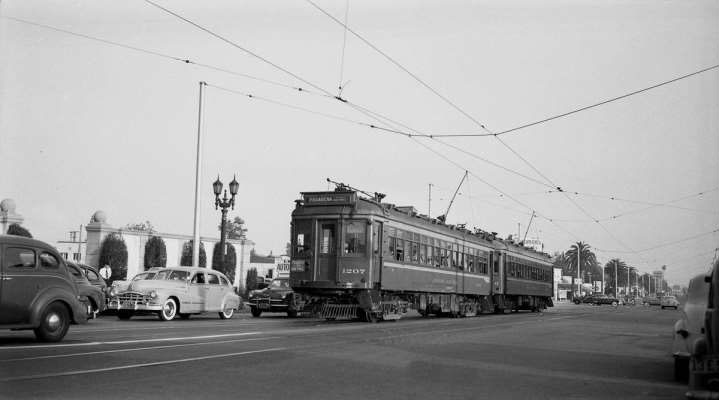 In all their years of service on the Pacific Electric Railway, only three of PE’s own 1200-class interurbans would retire prematurely. One San Berdoo 12, no. 1206, was “T-Boned” on August 24, 1944 by a large truck while in service on the single-track Santa Ana Line. The driver of the truck died on impact, and 1206 was not that badly damaged. But the truck caught fire and the flames spread to the 1206 causing extreme damage. The 1206 was towed to Torrance Shops, stripped of all usable parts, and placed into Long Beach 12 trailer #1242. In so doing, the PE now had a “super Long Beach 12,” considerably faster than the “stock” Long Beach 12s. 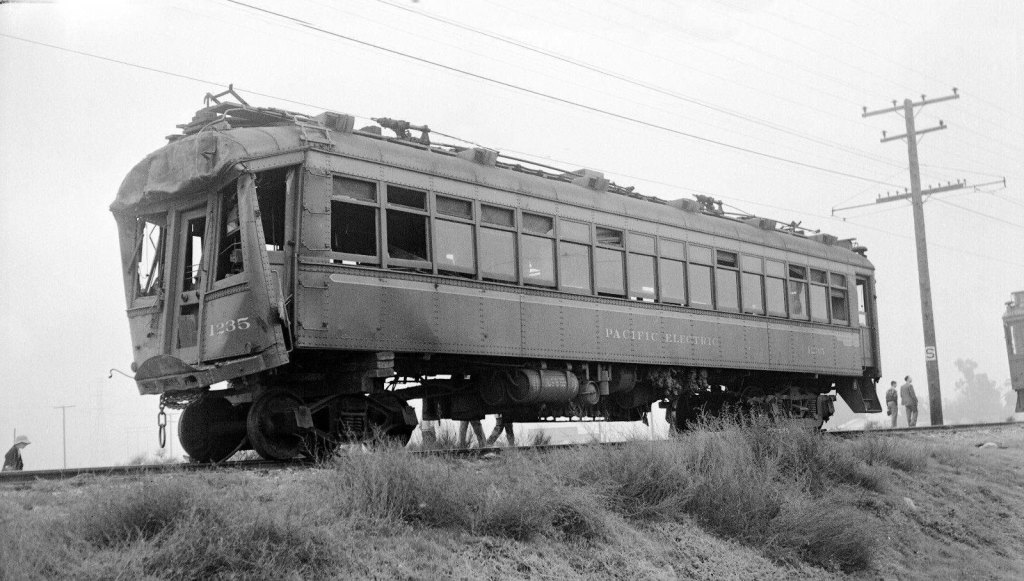 Two years later, on November 29, 1946, again on the Santa Ana Line, Long Beach 12 no. 1235 plowed head-on into no. 1231 at speed in a thick early morning fog. Because of the superior construction of 1200s no one was killed, not even the motor men in both cars. However, there were 35 injuries. This time, both cars were so badly damaged, they were placed on freight car trucks and towed to Torrance Shops. While the shop men at Torrance could have repaired the cars, it was decided by management to motorize two more of “yard queen trailers,” nos. 1243 and 1244. Motors and controls from the 1235 went into the 1243 and trailer 1244 got the the motor and controls from the 1231. Had this accident happened a few years later, say around 1948, I am not sure that the PE would gone to the trouble to motorize the two trailers, but passengers were still riding the “Big Red Cars” in 1946, in sufficient numbers, that both cars were still needed. 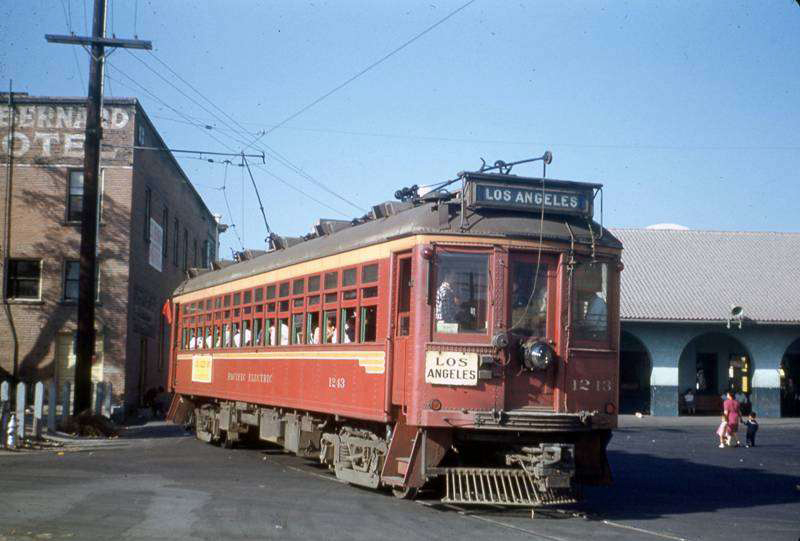 The 1243 made it to San Bernardino on October 15, 1950 under its own power, long after regular passenger service had been discontinued. It was motorized in 1946 using parts from the 1235. Ken Douglas photo

By 1950, the good times were over for the PE, and the magnificent 1200s were sold for scrap in 1951. Officials of the General Urquiza Railroad looked at the 12s, but the cost of adding a second passenger loading door to each end of the car was deemed to expensive and they chose the slower 1100s instead with their “factory” double passenger loading doors. An so, these fine cars were lost. 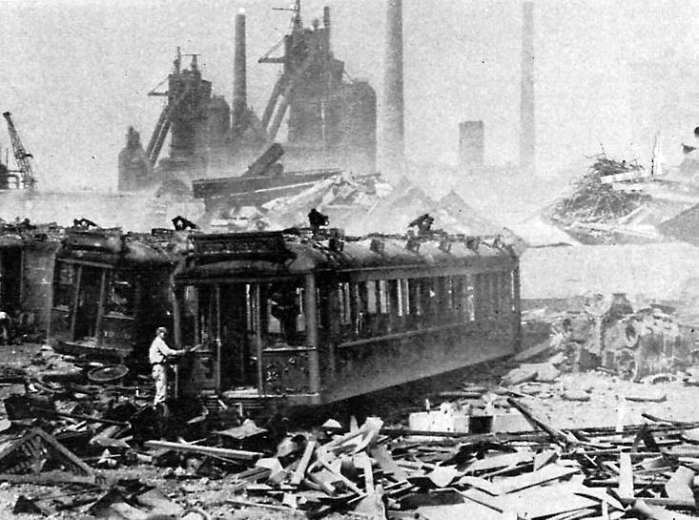 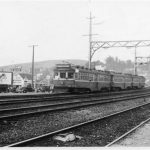