Check out this amazing piece produced by AOL for its “What Remains” web video series on Mount Lowe. Featuring Michael Patris and images from the collection of the Mount Lowe Preservation Society (parent to Pacific Electric Railway Historical Society), the video promises to introduce Mount Lowe and the Pacific Electric to hundreds of thousands of new viewers over the next few weeks. 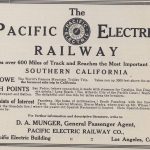 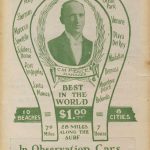