This circa 1910 brochure measures 3.5″ by 7″ and is a single fold, gifted by the late Vic McVey (McVey Hardware Store, Temple City) as part of his entire collection donated to the Mount Lowe Preservation Society.

The trolley cars left from 316 West 4th Street (between Broadway and Hill) at 9:40 a.m. and stopped for lunch at the Grand Auditorium in Playa Del Ray along the lagoon, where Pierce was also the manager! Endorsed by thousands as “The Best $1.00 Trip in the World!” according to the brochure. On the back of the brochure is the map which shows the vague balloon shaped route map which gave the Los Angeles & Pacific Railway Company the reason for the name, later taken over and endorsed by the Pacific Electric Railway. Passengers were back in Los Angeles in time for 5:00 dinner. 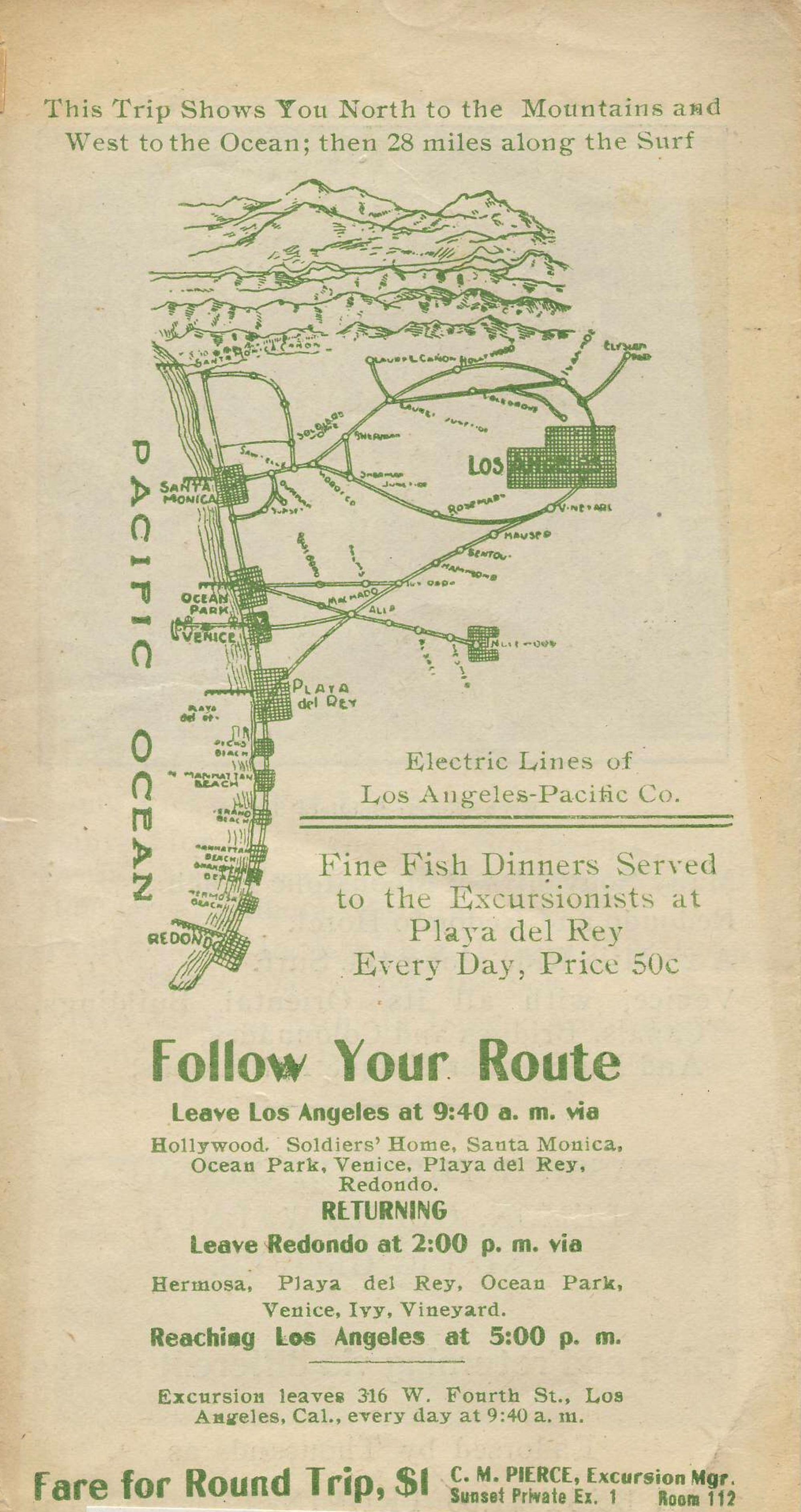 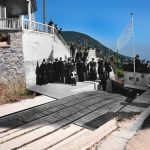