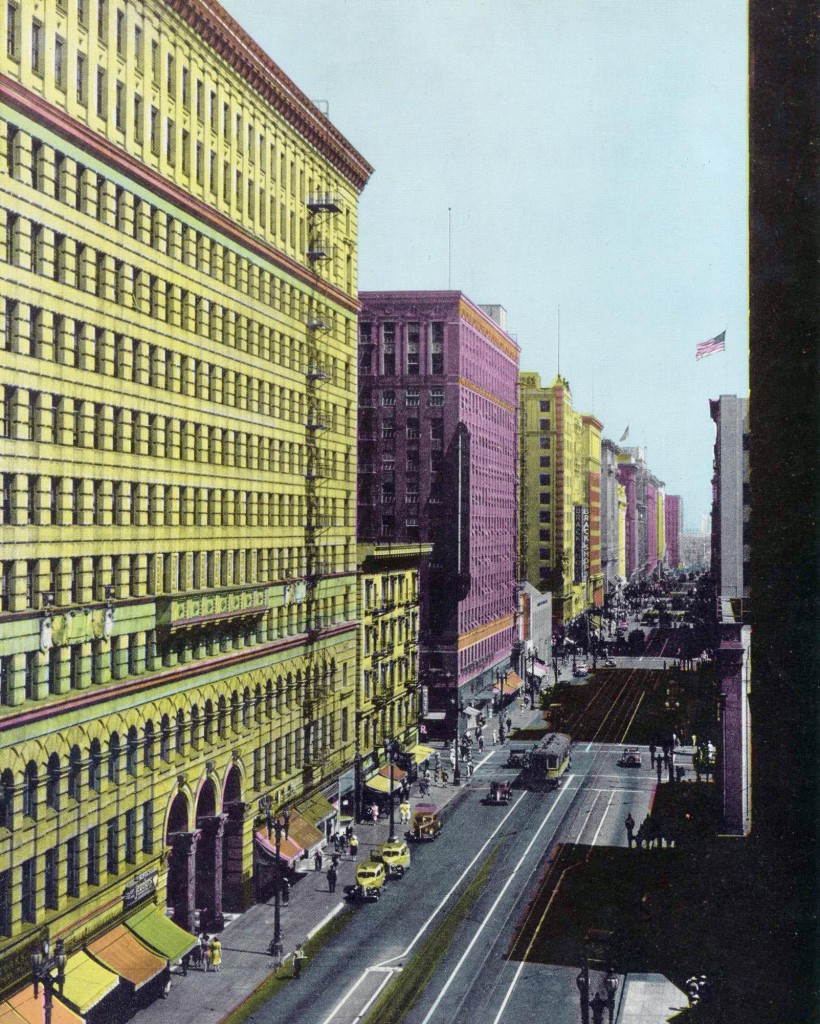 Los Angeles Railway cars make their way up and down Broadway in this hand-tinted postcard from 1934.

Nothing says BIG CITY like streetcars on rolling up and down the “MAIN DRAG” of a cities main business district . So it was that Broadway, more then any other Downtown Los Angeles boulevard, was the subject of countless post cards, both color and black & white. In this beautiful 1934 hand-tinted view, LARY streetcars are very prominent on Broadway at about 8th St. In more recent times, about the only thing in Downtown LA on rails worth a postcard, is the Angles Flight. Diesel buses along today’s Broadway just don’t seem to inspire post cards any longer.