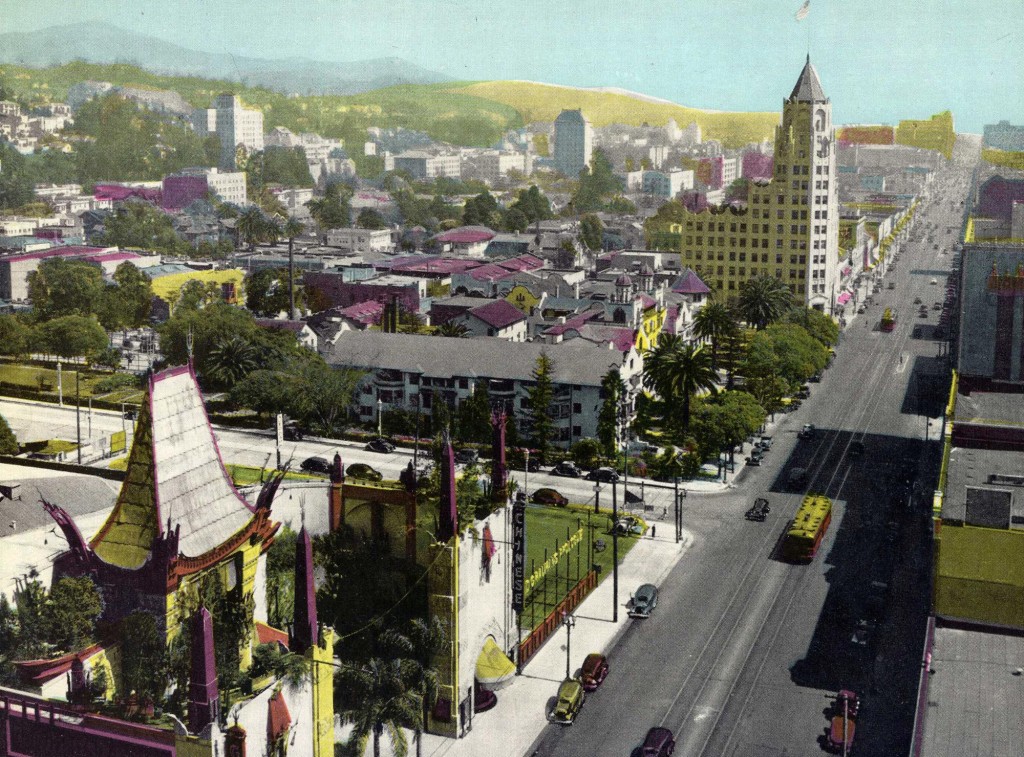 Hollywood Boulevard was another great subject of postcards. Unmodernized PE “Hollywood” cars roll along “The Boulevard” in this 1934 hand-tinted view.

The PE Red Cars were as much a part of Hollywood, as Grauman’s Chinese Theater and the Hollywood Hotel. Hollywood Blvd. would see the comings and goings of the PE cars until September 24, 1954. After that date, the “Boulevard” started to lose much of its charm, and turn into the ZOO it has become today.