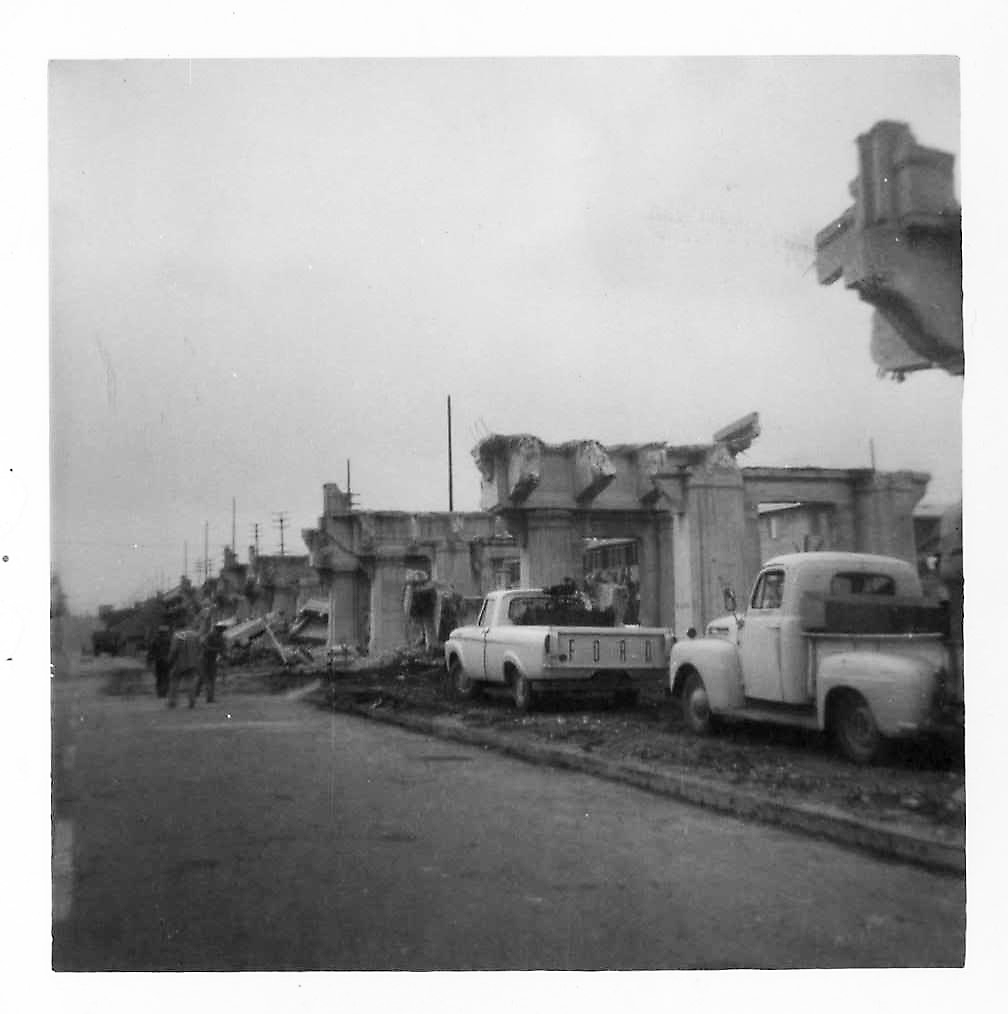 The end has come for the San Vicente Viaduct. It was a cold, dark, and drizzly over cast day, when I snapped this photo with my little “Brownie Box Camera” in January 1963. An army of demolition exerts aided by bulldozers and two heavy crane mounted wrecking balls, finally did the mighty span in.

The job had been scheduled to take 8 weeks, but dragged on for more then 14 weeks. The bridge did not give up as easily as the contractor had thought it would. 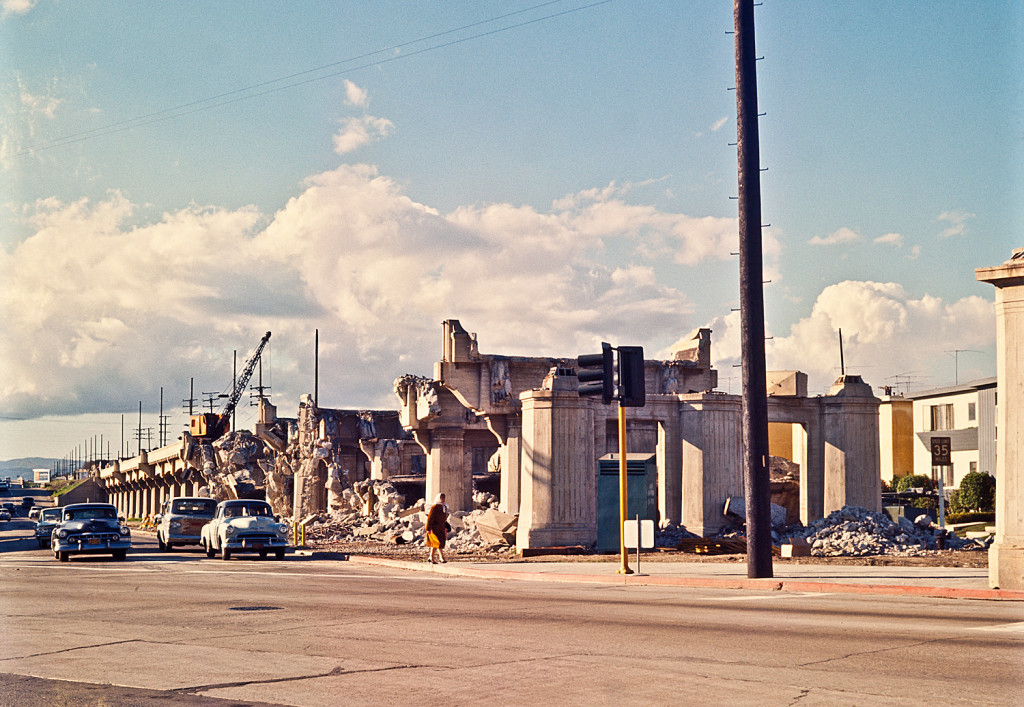