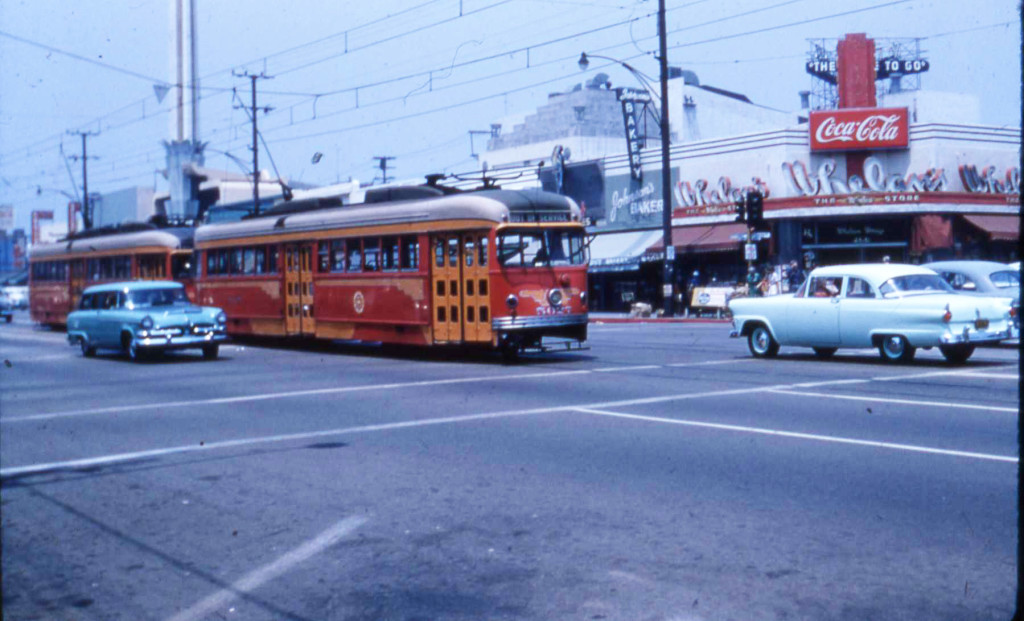 Motorists and pedestrians go about their business on busy Brand Boulevard, oblivious to the historic scene playing out before their very eyes.

But look closely at the head sign on the 5027, it reads OUT OF SERVICE, and there are no passengers aboard. This is the last of several “dead-heading” trains that have been making their way to the Subway Terminal. These out-of-service trains (with both PCCs and Hollywood cars sandwiched between regular-service, single-car trains) have been passing through Downtown Glendale all day and THIS IS THE LAST OF THE DEADHEADING TRAINS.

The Glendale – Burbank Line is on a “death watch” and time is running out fast. It is Saturday afternoon, June 18th, 1955, and the senseless destruction of this viable commuter rail line is just hours away. On a nominal weekend, several PCCs and Hollywood cars would be stored at Burbank Station nd the holding yard at Glen Oaks and Brand Boulevards, awaiting the Monday morning rush.

But on this day, the north end of Line is being “cleared out” in preparation for abandonment. Come Monday morning rush hour, Metropolitan Coach Lines will unleash an armada of stuffy 48-passenger GM buses, replacing the the smooth-riding, commodious, high-passenger capacity rail cars.

Newspaper press releases announced that The new Line #39 buses with “their smart new interiors, air-ride suspension, will closely follow the route of the former rail service.” Not mentioned in press releases was that travel time on the “meandering” line #39 would increase by 12 minutes from North Glendale and by almost 20 minutes from Burbank.

In the years following the rail-to-bus conversion, disgusted and frustrated commuters would forsake the Line 39 buses for their own cars (GM cars, most likely). The once very busy rail line that had required two- and three-car rush hour trains would be reduced to a marginal bus line with lengthily headways and service to North Glendale discontinued altogether.

The greedy, “public be damned” attitude of Metropolitan Coach Lines had brought air pollution and traffic congestion to Southern California in the name of progress.

By the end of this day, all unneeded cars would now be at Toluca Yard as the final runs were completed. 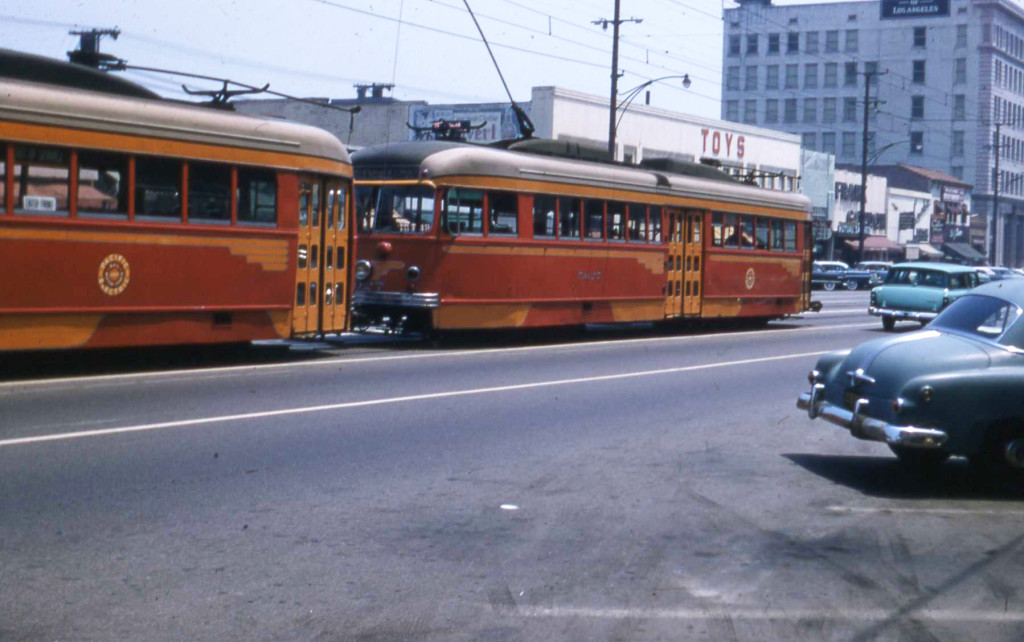