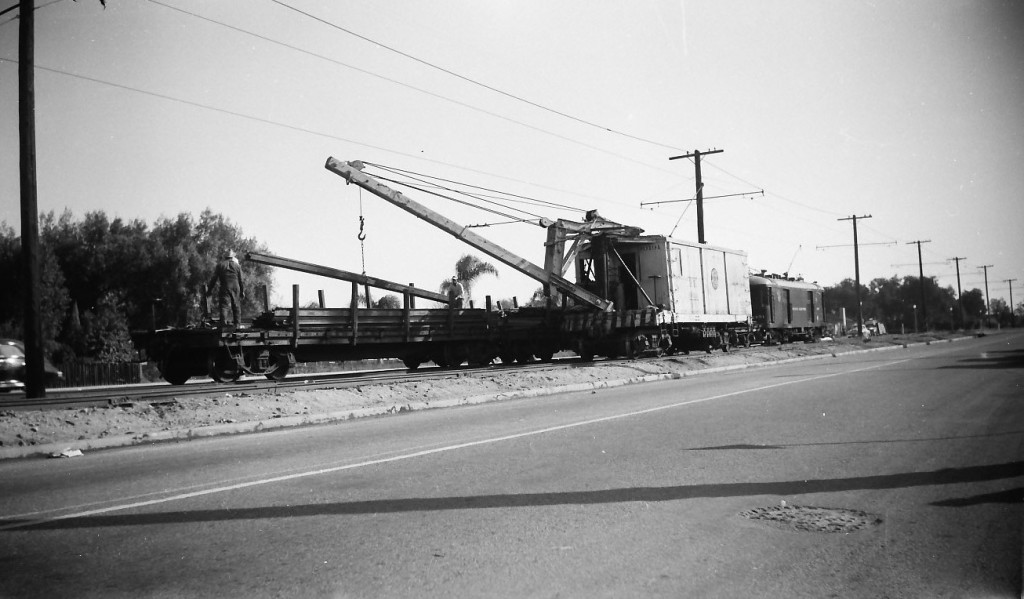 Pacific Electric crews working no. 00191 hoist rail during abandonment at Sierra Madre Boulevard and California Street. The date is February 10, 1951.