00191 and Crew Dismantling in the Northern District 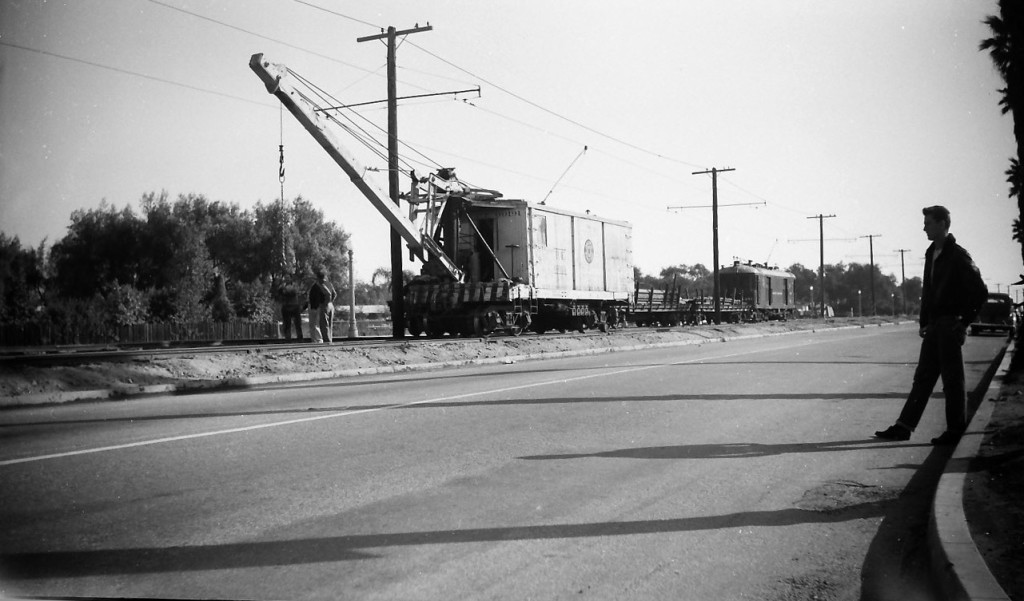 Pacific Electric crane car no. 00191 and a box motor are captured in this Alan Weeks image, as the crew works on the block and tackle of the crane. A young man wistfully surveys the carnage in San Marino on the Sierra Madre Line.