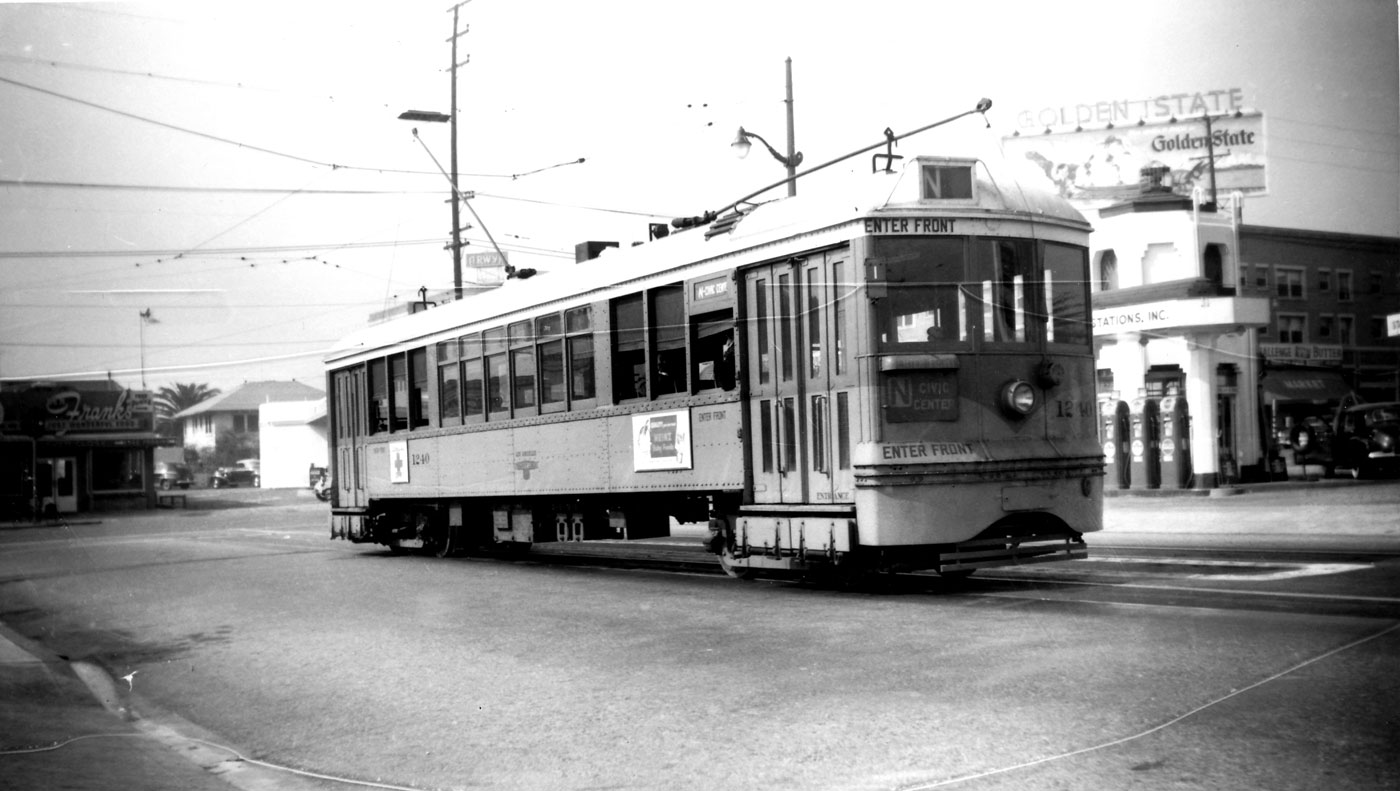 Los Angeles Transit Lines no. 1240 pauses at 8th Street and Western on the N Line in what today would be Koreatown.

Here is the location today – you can see the Arwyn Apartments in the background of both shots: