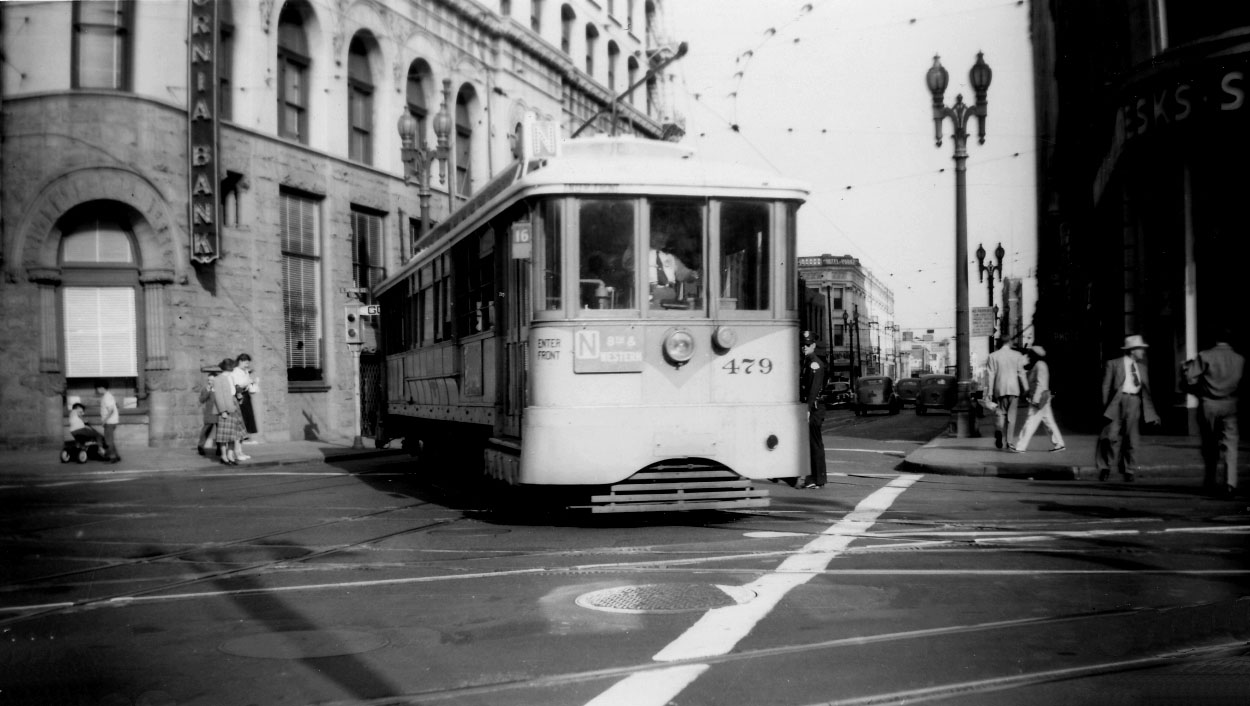 Los Angeles Transit Lines no. 479 on the N Line at 2nd and Spring Streets, looking east.

Here’s a view of the location today: