This rather sad photo taken in mid-1962 shows the former Pacific Electric PCC no. 5021 in Buenos Aires awaiting scrapping after only about two years service in that far-off country.

In the world of PCCs, some cars had a very sad, short service life. Most notably among them were the eight Illinois Terminal MU double enders built by the St. Louis Car Co in 1948. After just eight years of service, they were retired and stored awaiting possible sale. Sad to say, that never happened. Two of the cars were sold to trolley museums and the other six “youngsters” were sold for scrap.

Other PCCs would have service lives of 15 to 50 years. PE’s ground-breaking MU doublenders would serve Los Angeles for just 15 years. After being stored in the abandoned Subway Terminal tunnel for four years, the badly vandalized cars were sold to Buenos Aires in mid-1959. There, some of the cars were somewhat modified having “train doors” cut into their handsome front ends.

They entered service in the summer of 1960, only to be retired and scrapped by the end of 1962. Absolutely pitiful. None of these beautiful cars is known to have survived. Other less unique PCCs continue to operate in Boston, Philadelphia, San Francisco, El Paso, Kenosha (Wis.) and San Diego’s Silver Line at 50 years of age and more. 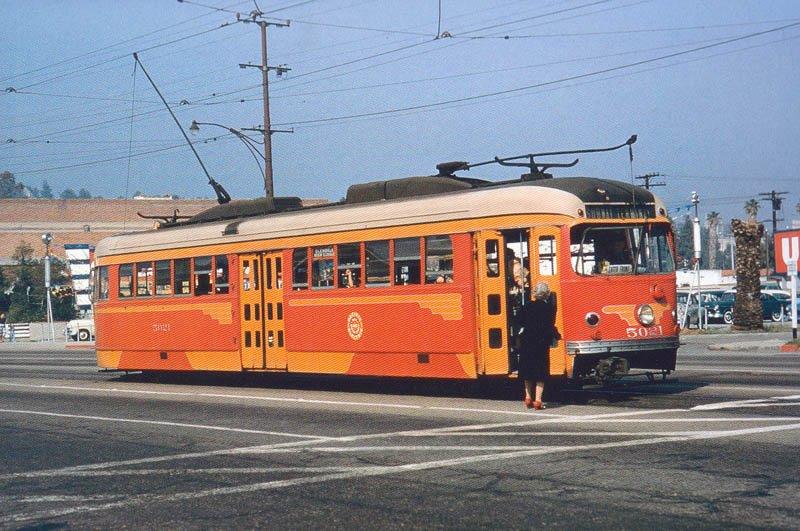 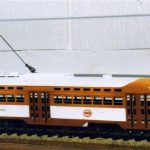 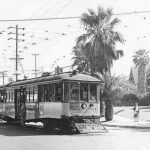