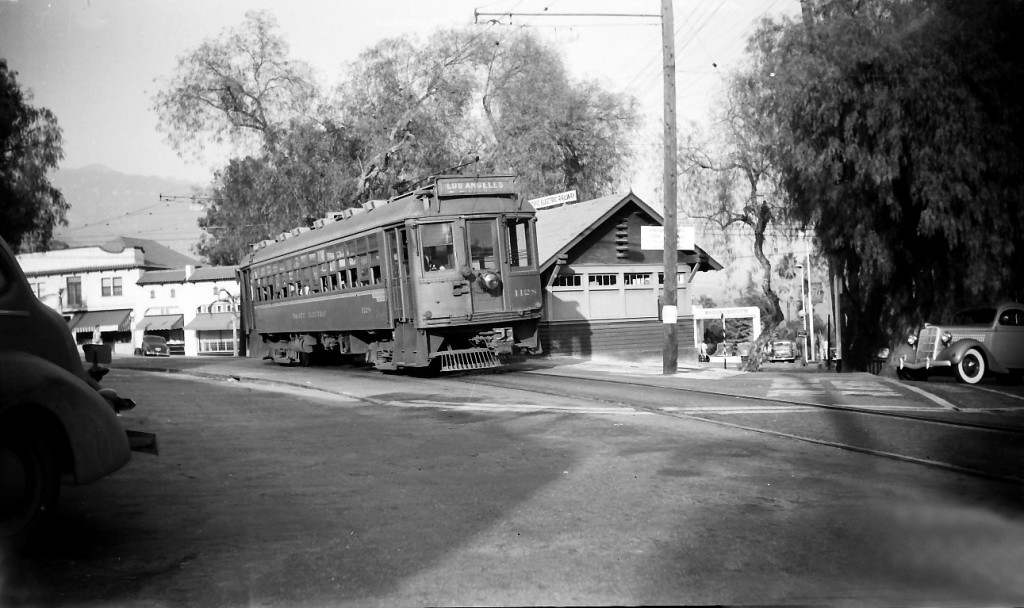 Pacific Electric no. 1128 rolls slowly away from the Sierra Madre Station in this image from September 11, 1950.

Alan’s 1934 Oldsmobile four-door sedan is seen in this image.

This was my first car and it was built like a tank. Note the White Wall tires were painted on. LOL. They made white rubberized paint specially for painting tires. Now you hardly even see real White Wall tires.