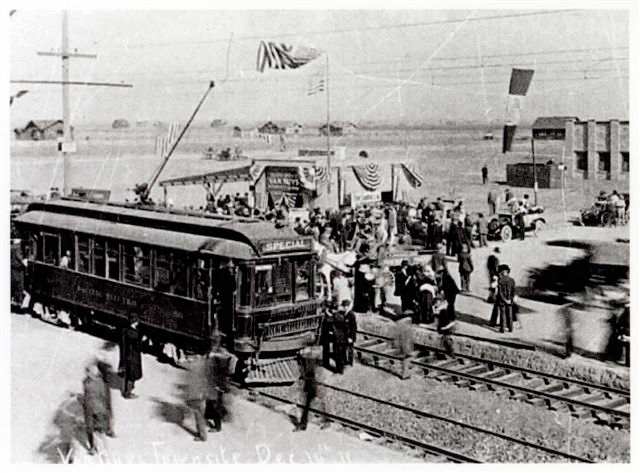 This tattered old photograph taken in January 1912 depicts the civic and cooperate pride in the grand breaking ceremonies associated with the extension of “modern light rail” service to an ever expanding San Fernando Valley.

In this case, the hoopla is at the then-end-of-rail-service terminus in the City of Van Nuys. Construction would begin from this point on two different destinations: Owensmouth (Canoga Park) along Sherman Way, and the City of San Fernando. With no environmental impact “BS” studies to worry about, the long extensions on both lines would be completed in just 15 months. Fast interurban service along to both lines would begin in July 1913.

As the years passed, the anticipated high passenger traffic loadings never materialized — loads that would have made both extensions profitable. On June 1, 1938, rail service on both branches was abandoned. The San Fernando Valley rail service now terminated at Van Nuys Blvd. at Sherman Way.

The PE seemed determined to improve the now-truncated service by replacing the older (if not faster) mighty 800-class wood interurbans with newer Hollywood cars that were given special paint jobs. The top speed of the spruced up cars was increased from 28 mph to brisk 45 mph. This group of 15 cars (735 749) would become known as the “VALLEY SEVENS.”

Try as the PE did to make it work, rail service to the San Fernando Valley would fall victim to the “rails to rubber revolution” that was sweeping this country in the early 1950s. Service on the “Valley Line” ended on December 28, 1952. It’s very possible that many of the jubilant people attending the ground-breaking festivities back in 1912 were there to witness the slow but relentless dismantling of Valley rail service.

Its also possible that the abandonment of the SFV line was made as part of “back room” negations for the pending sale of PE’s entire passenger operations to Metropolitan “Roach” Lines in October of 1953.

As the late Paul Harvey would often say, “the view through the rear view mirror is always so much better than through the front windshield.” What civic leader then in office back in those days would EVER believe that the population of the San Fernando Valley would become what it is today.

And so more than 60 years after the last PE car rolled over the Cahuenga Pass, the old PE rail service to the “Valley” has been replaced by the new Red Line Subway and the Orange line rapid bus service. Both lines now carry capacity crowds at all hours of the day and night.

In looking back, it might be safe to say that the exit of the PE from the San Fernando Valley was “a bit premature”… 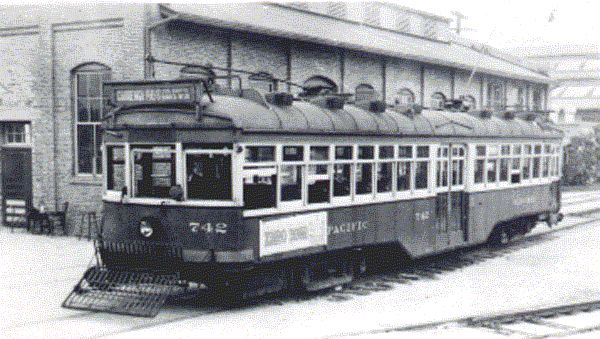 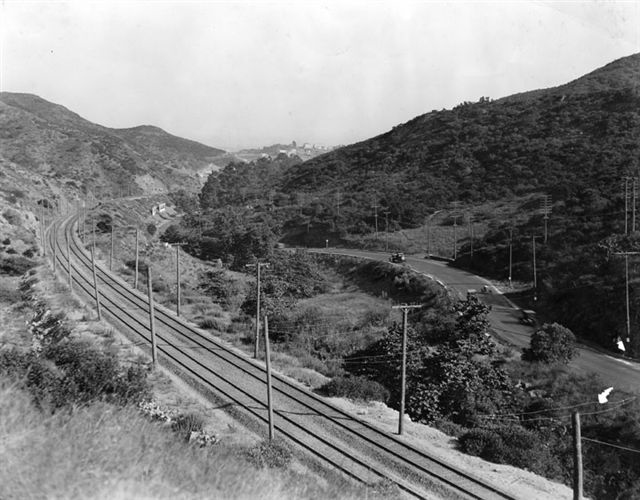 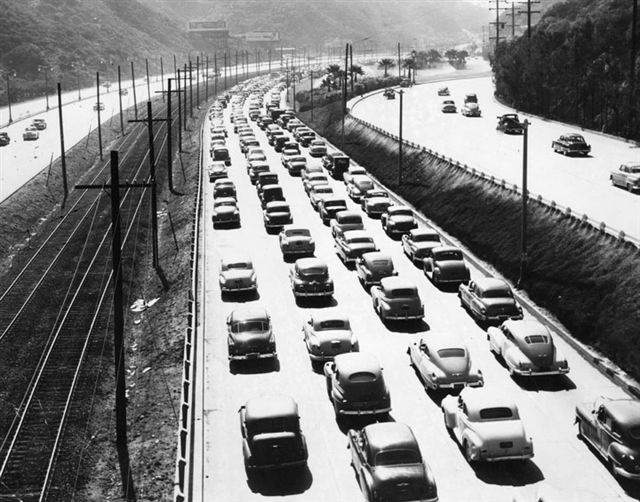 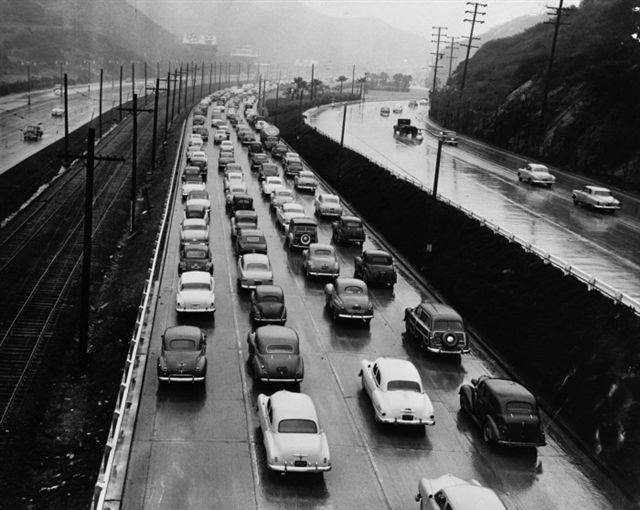 March 1953: Three months after abandonment, rails are rusted and auto traffic has gone from bad to worse. Ralph Cantos Collection