Only the 736 Will Survive 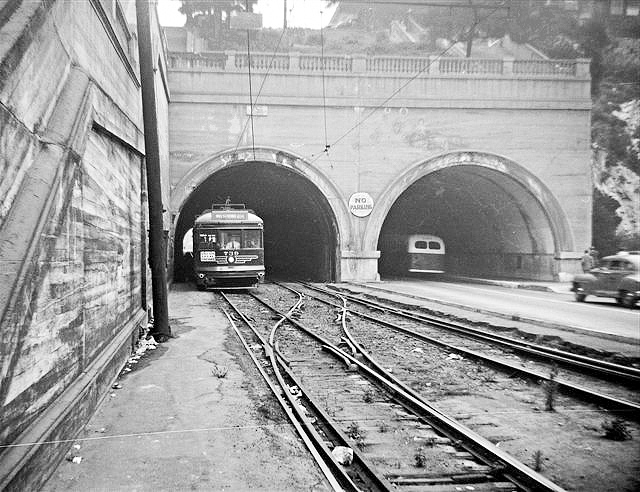 Hollywood car 736 burst into the morning sun as it approaches 1st & Hill Streets. The third rail was for the LARY / LATL A line that was abandoned on June 30, 1946. It was one of the first dirty deeds by the new LATL management. This photo probably dates to about 1946-47. The crossover in the foreground was removed when the A line third rail was pulled up.

By the end of 1950, all rail service on Hill Street was abandoned and the car tracks quickly paved over. About the same time, construction of the “space-age” Hollywood Freeway was well under way. EVERYTHING in the scene will be bulldozed into oblivion except the 736. It would be sold for continued operation in Buenos Aires, proving once again that “one cities junk, is another cities treasure.”

Photo from the collection of Guy Span