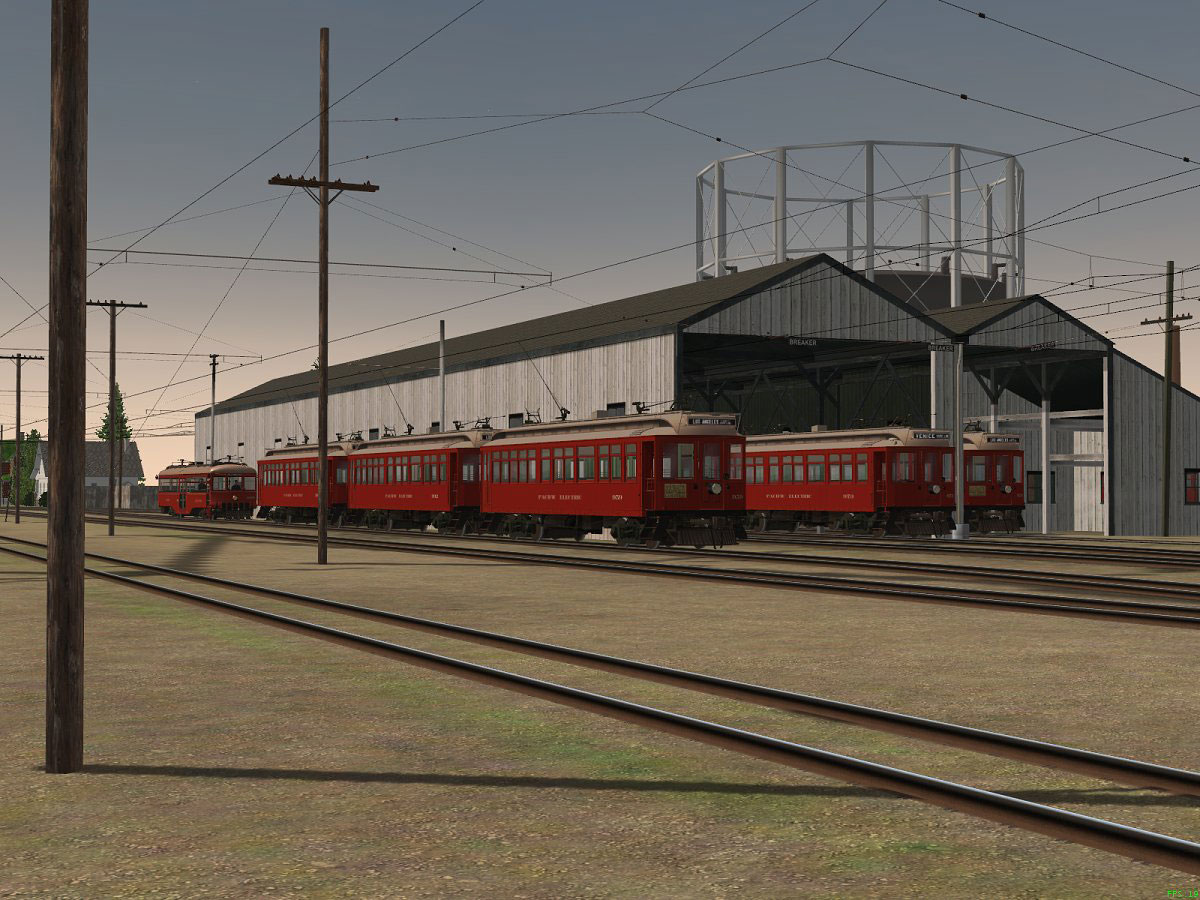 Here are some of the 950 class cars and a lonely 600-700 class Hollywood at Ocean Park. I’ve been building these for my own use on “routes” I’ve also been building for Microsoft’s Train Simulator. The simulator is old and obsolete by today’s standards, but thanks to some intrepid third party modelers, code writers and tweakers out there, the old sim has been improved far beyond what MS had originally released in 2001. I have made dozens of PE cars, locomotives, and freight cars. I’ve done almost the whole 950 class Venice cars, leaving off at the last couple with the odd window patterns. There’s about a dozen Tens, “Portlands”, assorted box motors and all the Portland RPO’s. I’ve been very partial to the Venice Short Line and made models to populate a little module of the VSL in the 1930s, the Ocean Park car house being the center piece. The sim’s “game engine” that drives it is very old and does not support models with a high number of “polygons”, all the triangles that make up the model. So I have to try to keep detail to a minimum.

Thanks for sharing, Tim!

UPDATE: Here are two more views of this rendering! 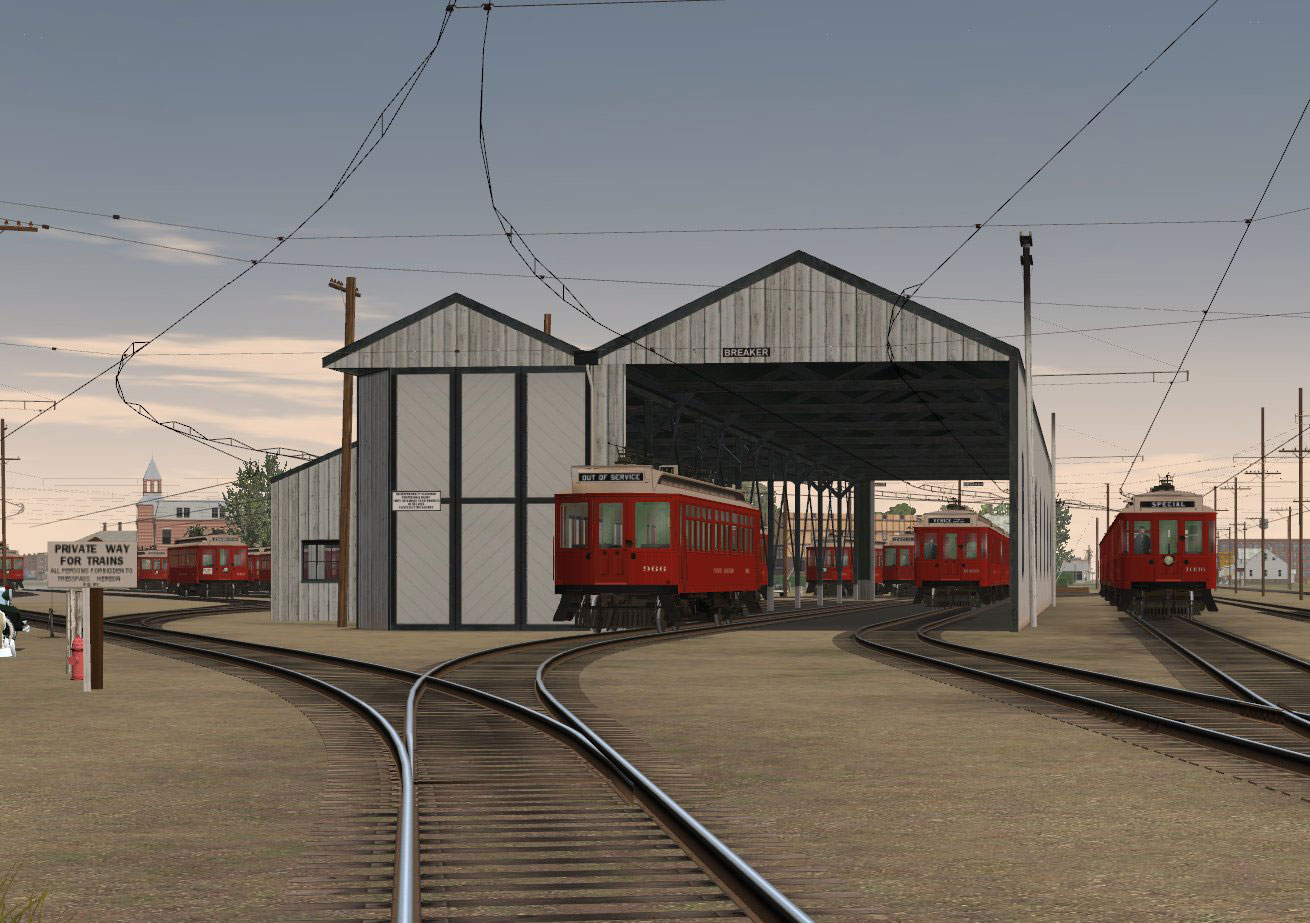 From Tim: This is Ocean Park Car House again, from the north, with the storage yard behind to the left. This is on an earlier version of the Route set in 1949, which is fictional with parts inspired from real PE lines, places and atmosphere. The track I use here is from 3DTrains and is freeware. Track layout isn’t exact to the prototype, I realize, but is about as close as I could get it. Part of the fun of it all is trying to recreate scenes from the past and enlarge upon them in the virtual 3D world. That’s where the archives at pacificelectric.org have been tremendously helpful supplying photos and anecdotes to help make it happen. 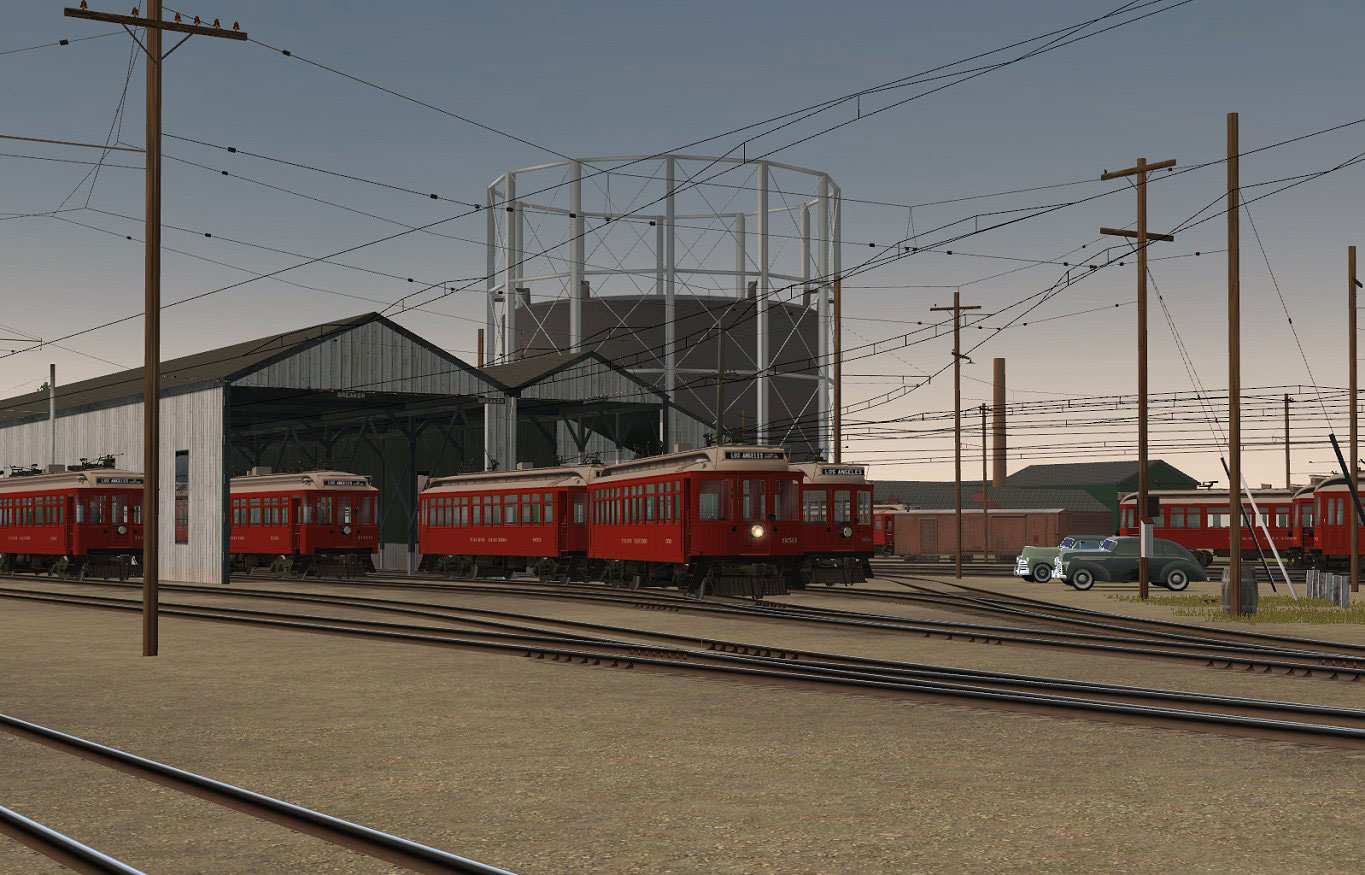 From Tim: A wide view of the south side, more 950’s and some Ten-hundreds. Models were constructed in Abacus Train Sim Modeler Pro. The wire is set too high for the car house, but that is one of the limitations of MS Train Simulator. The wire is generated by the sim with those crazy backbones over curved track. I built the trolley support spans, brackets and poles to fit the default wire. Wayne Campbell provided the automobile models. The gasometer was built by Paul Charland who allowed me to modify it for use in the Ocean Park scene. 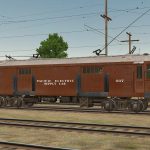