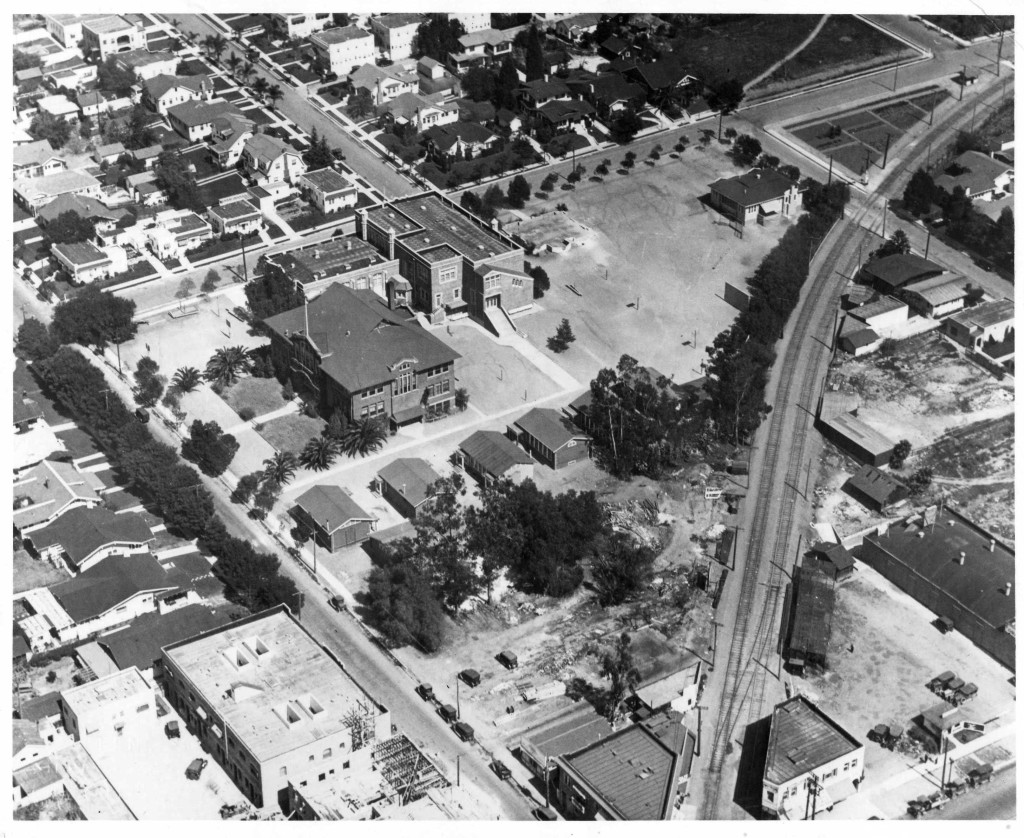 Gardner Junction was so named because of its location at Gardner Street and Sunset Boulevard.

At this point, the LAUREL CANYON line diverged from the Hollywood/Beverly Hills main line and headed west along Sunset Boulevard on single track to Laurel Canyon Blvd. where the cars made a connection with the “Laurel Canyon Trolley Bus Line”, the first such trolley bus service in the USA.

Until abandonment of this marginal line on March 10, 1924, Pacific Electric used this line for “short turn” rush hour service of some of the Hollywood Boulevard runs. The Laurel Canyon cars used the cross-over seen at the lower left of the beautiful 1924 photo.

This crossover remained in place, although unused, until it was removed around 1947. There was a crossover on the southwest side of Sunset Boulevard that was the normal turn back for the cars at this location.

Gardner Street Elementary School is at the top of the photo fronting Hawthorne Street. Its still at this location to this day.