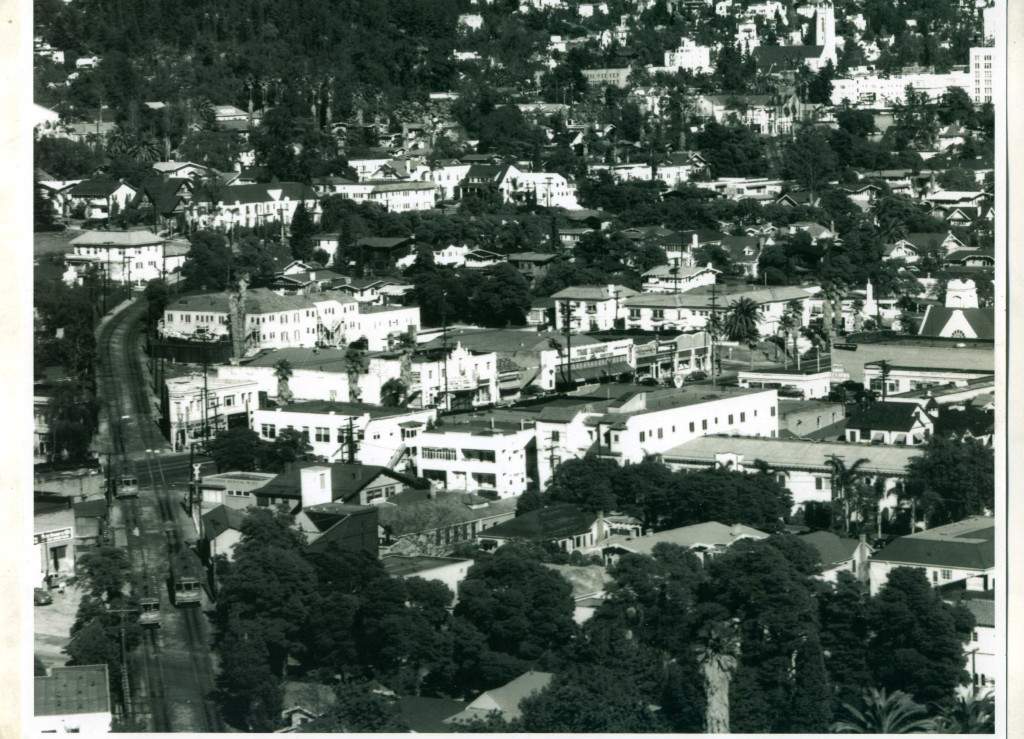 What a difference 30 years makes. It’s now 1954 and Gardner Junction is in the last months of its life. Three Hollywood cars can be seen in this photo.

At this point, every other car turned back, with 7-minute rush hour service to Beverly Hills…not bad at all.

This service continued until the line was torpedoed and sunk by Metropolitan Coach Lines on September 26, 1954.

Over the next 60 years, the “back yard” private right-of-way (PRW) (from La Brea to Fairfax Avenues) would be sold off, piece by piece, for development of large apartment houses. The very last piece of PRW to be sold for development was done just 2 years ago and it was the segment of PRW shown in these two photos: from Vista Street to just short of Sunset Boulevard.

This portion of abandoned PRW had sat, undisturbed, behind Gardner Street Elementary School for 58 years. Then in 2012, an enterprising developer removed the fences at each end of this historic piece of PE land, graded the property, and “shoe horned” a row of mobile home-sized “town houses” into the former PRW.

I wonder if anyone living in these mini houses wakes up in the wee hours of the night because he or she thought they heard a PE whistle while sleeping…stranger things have happened.