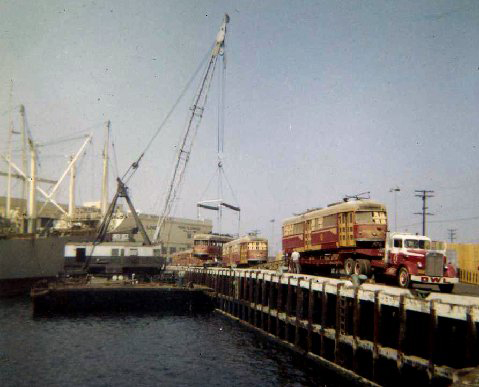 When Metropolitan Coach Lines purchased the passenger operations of the Pacific Electric, the sale included several hundred buses from three manufacturers: GM, WHITE, and TWIN COACH. Not included in the purchase were the Western Districts 30 PCCs and about 45 Hollywood cars.

On the Southern District, about 50 Blimps and 15 Hollywood cars made up the balance of the 140 rail cars needed for the “short term” operation of both districts. MCL management anticipated a trouble free and quick abandonment of the remaining rail lines.

MCL chose to lease all 140 rail cars, turning them back to PE as the rail lines were scuttled. The Western District was gone in less then two years. The PCCs were stored in the Subway Tunnel, and the Hollywoods sold for scrap.

Following a rather nasty grade crossing accident at the Del Amo Street crossing on the Long Beach Line, PE’s Legal Department, tired of being named chief defendant in numerous accidents, demanded that MCL purchase the remaining rail cars needed for continued service. The PE wanted their name OFF ALL equipment still in service.

The PE emblem on the 15 Watts Line Hollywood cars was painted over and replaced by the MCL winged logo. On the Blimps, METROPOLITAN COACH LINES replaced PACIFIC ELECTRIC on the letter board.

In early 1958, transit operations of LATL and MCL were merged into the first Los Angeles Metropolitan Transit Authority (LAMTA). The Blimps and Hollywood cars still in their, by now, 10 year old red paint, had the MCL logo and lettering painted over once again, replaced by the LAMTA “goose egg.” The lone MTA emblem on the huge Blimps looked ridiculous.

Back at the Subway Terminal, the PCCs slumbered away, still in PE paint and carrying the PE emblem on their flanks. So, in the summer of 1959, the PE PCCs were finally sold to Buenos Aires.

As I first reported on November 5th with both photos and text, Alan Fishel, James R. Baker and myself were on hand to witness cars 5002 and 5013 being winched out of the Subway and loaded onto flat bed trucks for their trip to the harbor. It was August 5, 1959, and there was the PE emblem so proudly displayed on PCCs 5002 and 5013. They were the last cars on the streets of LA , albeit on the back of flatbed trucks, to display the PE EMBLEM for all to see.

Later that afternoon, at the LA Harbor, we watched as car 5010 (so badly damaged and vandalized, that no wood boards were placed on its broken windows) was lifted by a crane, while car 5013 was lowered off the flatbed. The 5002 awaits its turn for unloading.

And so the PE Emblem made its last stand in the summer of 1959, ending what was once a common sight on the streets of Los Angeles. 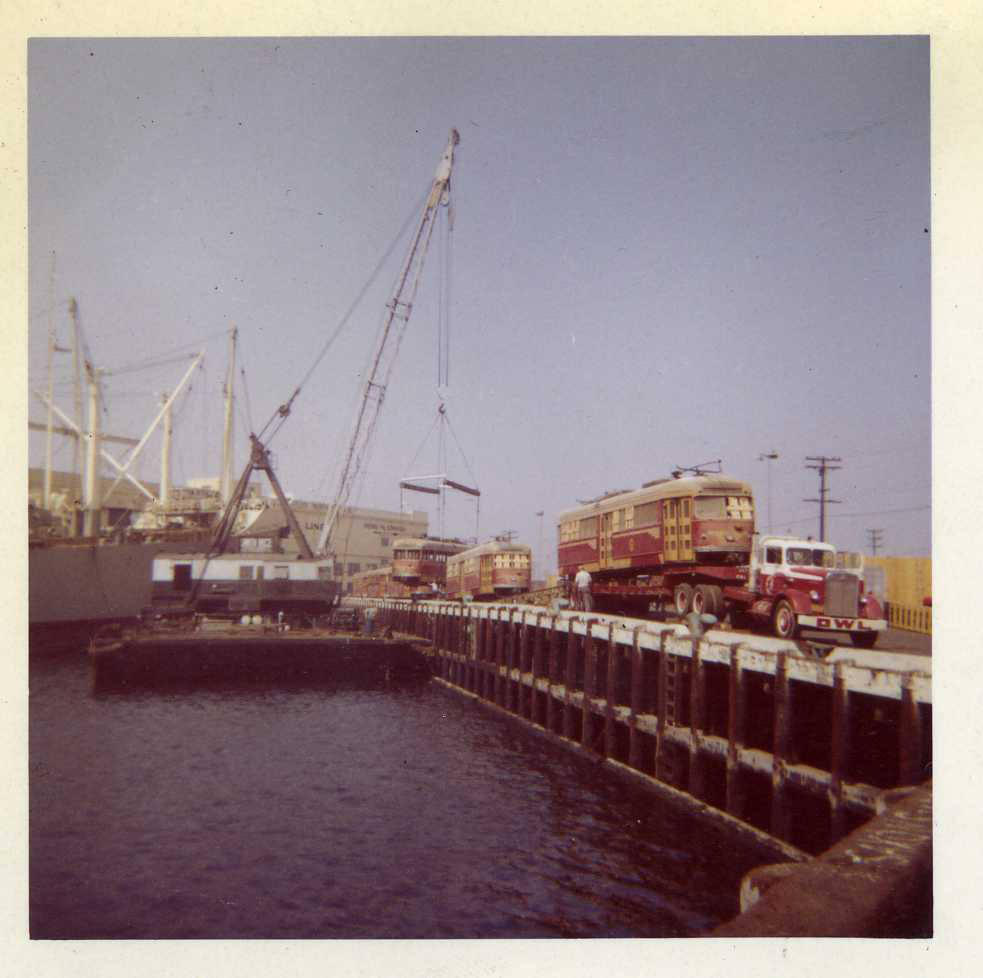