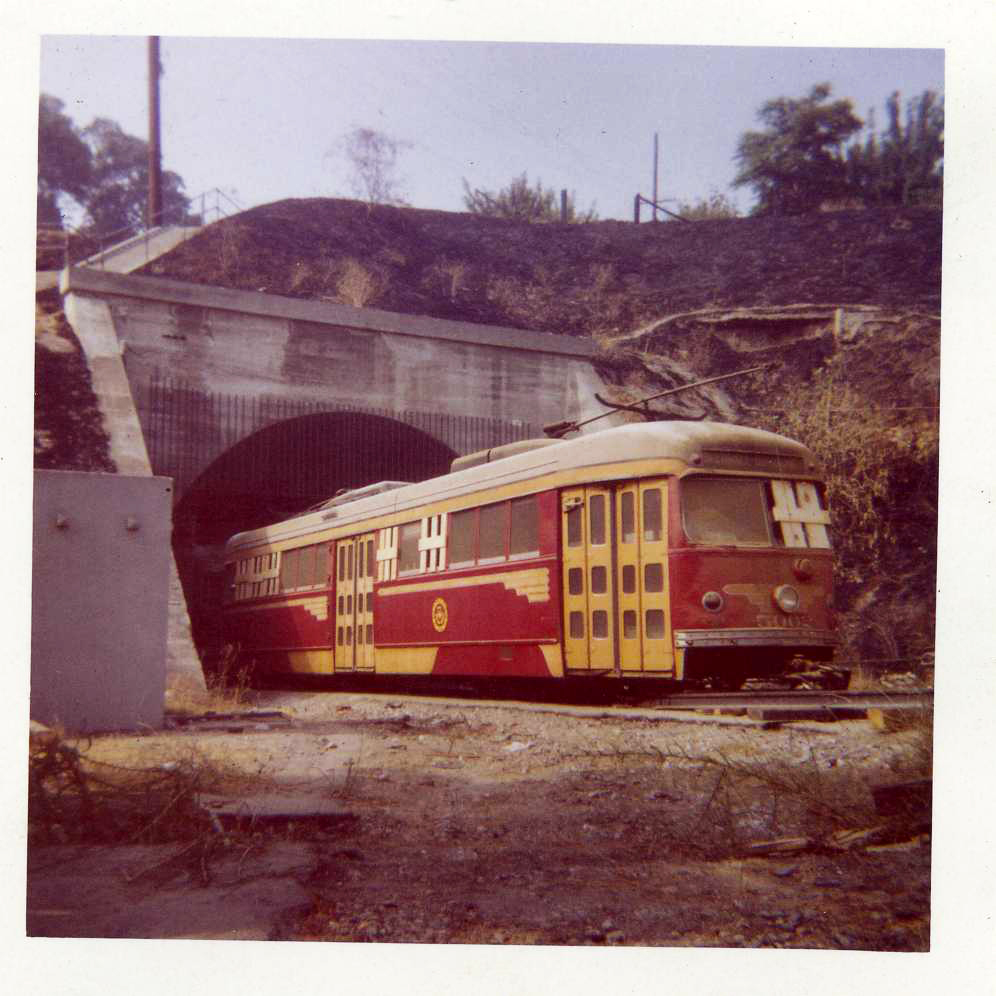 On June 19, 1955, one of the most dastardly deeds ever perpetrated on the traveling public took place in Los Angeles.

The management of Metropolitan Coach Lines managed to scuttle the Glendale-Burbank rail line, one of the best commuter rail lines in Southern California. When MCL management purchased Pacific Electric passenger service (2 Western District – 5 Southern District), they knew full well what was involved from a financial standpoint.

In general, the infrastructure of the entire system, both rail and bus, was in good to excellent condition. I can not help but believe that MCL’s owner/president Jessie Hough may have had inside information that the State of California was in the early process of planning a consolidation of LA’s two transit systems into a unified agency. Jessie could have merely sat on the former PE passenger service as is, and cashed in on a very hefty financial profit in just 5 years.

But instead, he announced at the time he purchased PE’s passenger service that he intended to end ALL RAIL passenger service as soon as he could get permission. Hollywood Boulevard was gone in less than a year. Despite initial vigorous opposition by the cities of Glendale and Burbank to the abandonment of rail service, the city of Glendale stunned commuters by dropping its opposition to the rail abandonment. What “back room deal” between MCL and City of Glendale took place (not to mention the Highway Department) will never be known.

One thing was for sure: the line was sacrificed in the name of “modern curb service” …. what a bunch of “BS.” And so, with little or no regard to public opinion, and ANY regard to the value of travel time, comfort or convenience, the most revolutionary PCCs in America made their last runs and were put into “dead storage” in the dark recesses of the Subway tunnel at Toluca Yard . The 15 Hollywood cars that had also been used on the line (all in MINT CONDITION) were sold for scrap just a few months after the lines’ closing.

The 30 PCCs were placed in the tunnel with the first car just a hundred feet from the gated portal. Vandals soon began to exact their sick vengeance on the hapless and unguarded cars. It was not long before the first 5 or 6 cars were demolished wrecks standing on their own wheels.

Finally in August of 1959, the ruins of the still-standing cars were sold for further service in Buenos Aires, Argentina.

On the afternoon of August 5, 1959, my railfan friends Alan Fishel, James R. Baker and myself went over to the Subway portal to witness two of the once-beautiful PCCs being winched out of the Subway and loaded onto flatbed trucks for their trip to the LA Harbor.

I took these photos with my little KODAK box camera. The two cars, 5002 and 5013, were the 7th and 8th cars to be pulled out of “the hole” that was once the busy Subway Terminal. Damage to these two cars was confined to broken windows, unlike the first 4 or 5 cars which were in a very sad state, sustaining major vandalism damage.

Try as he did, Jessie Hough was not able to do in the Southern District; that was left to the wolf in MCL’s clothing, the first Los Angeles Metropolitan Transit Authority, LAMTA (AKA Many Trolley Abandonments).

And so, the most beautiful PCCs the world would ever see headed for South America and and sadly, a short five-year service life. None of them are known to have been preserved. 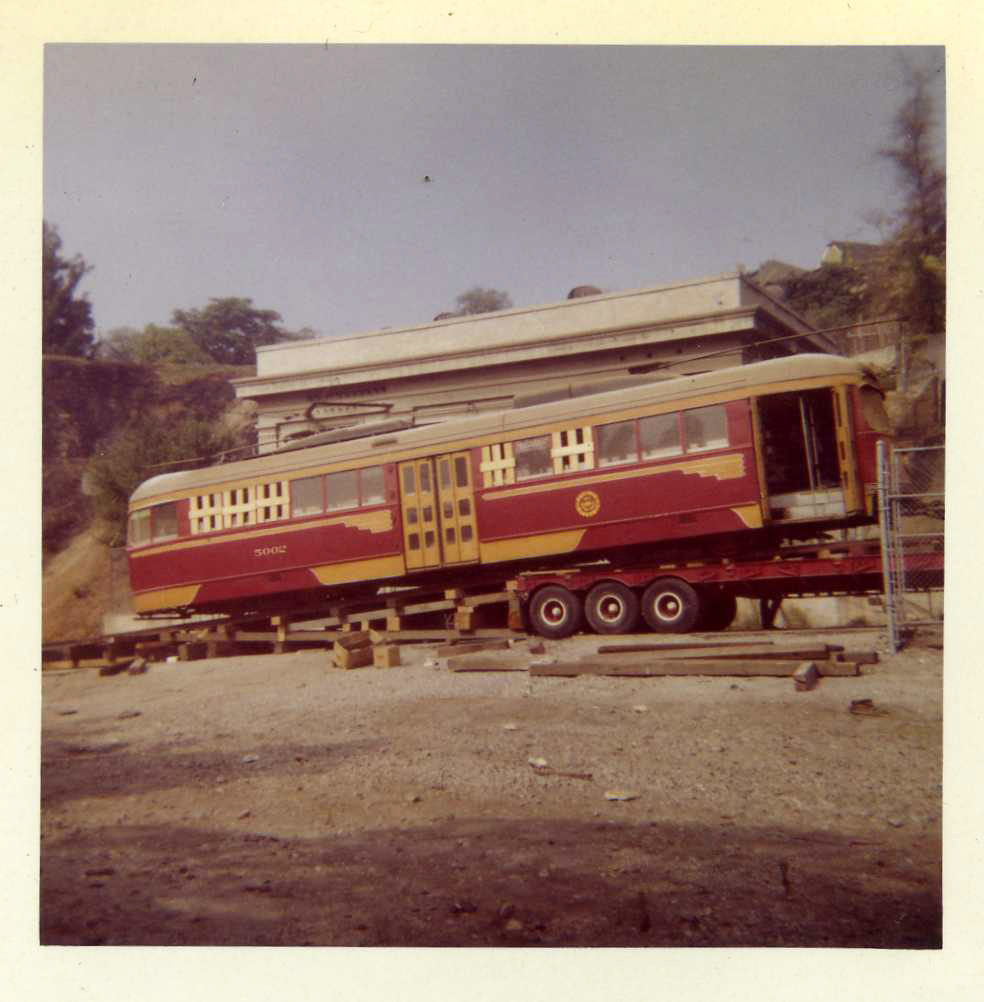 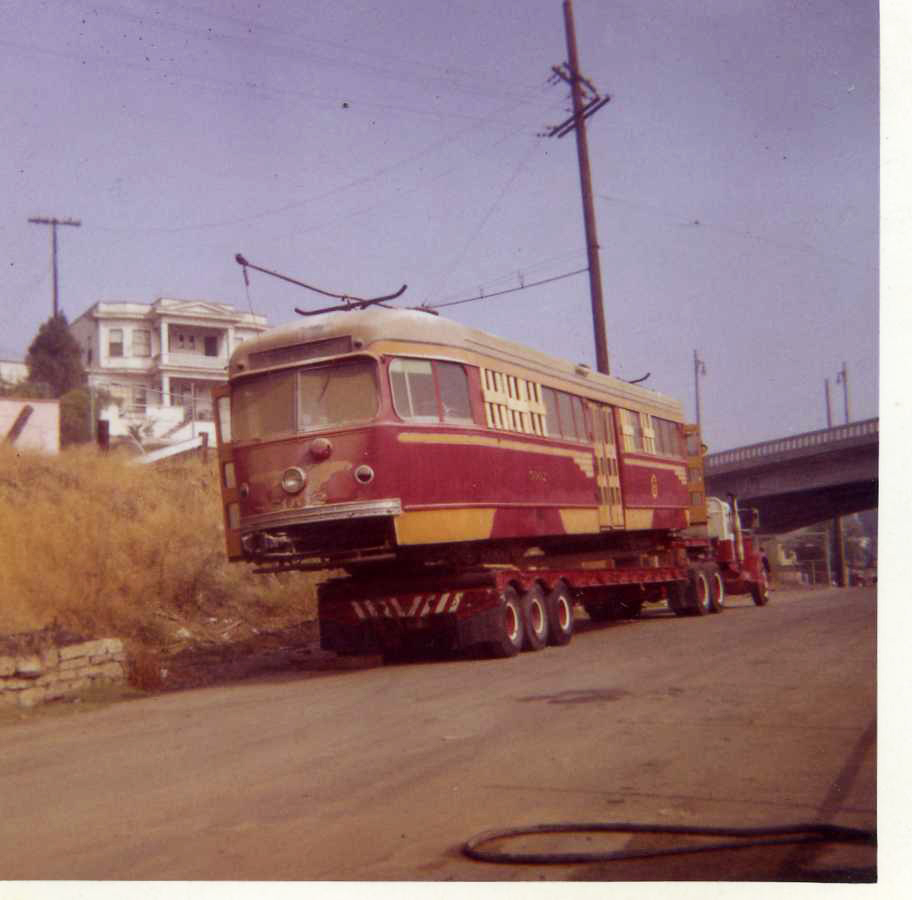 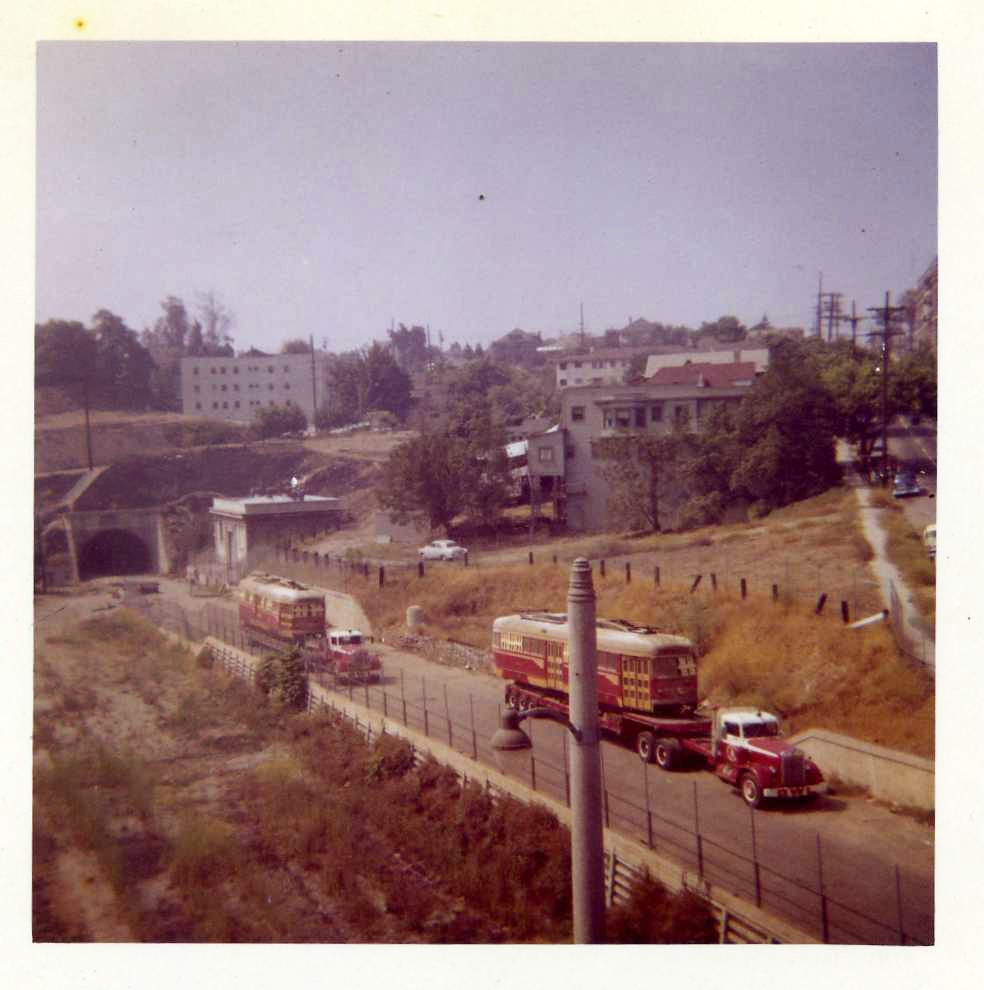