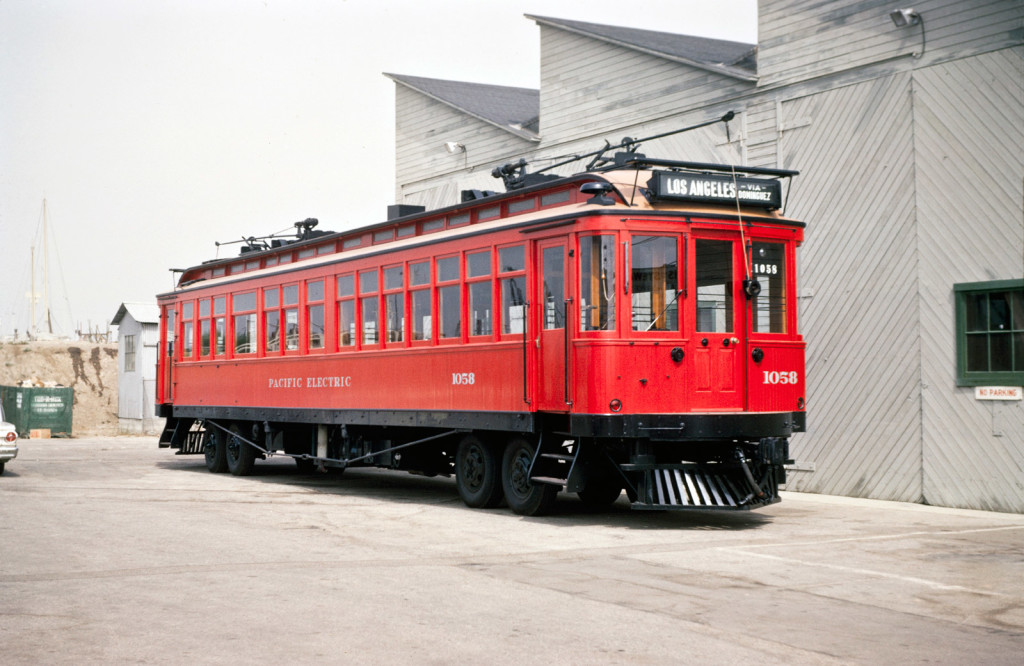 Pacific Electric no. 1058 poses for the camera at its Terminal Island “Car Barn” in this undated photo by Willis “Dutch” Hendrick, donated to the collection by his son Bruce Hendrick.

The 1058 was created from the body of Pacific Electric car no. 983 which, after retirement in 1950, was used as storage shed within eyesight of the Long Beach Line just behind the Compton Station.

Richard Fellows would “play” with the 1058 on Terminal Island to the astonishment of motorists that would encounter it. I personally was on one of those “motoring fan trips” with the 1058 and the looks on passing motorists’ faces was priceless to say the least.

Richard had to get special permits to take the 1058 off the Island. The #1058 participated in at least one Hollywood Christmas Parade, and was at the opening of the Blue Line at the Del Amo Station.

Some time after this photo was taken, Richard re-painted the sides of the 1058 red along the lower portion of the car . He had incorrectly carried the black paint all the way around the lower parts of the car. 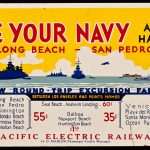