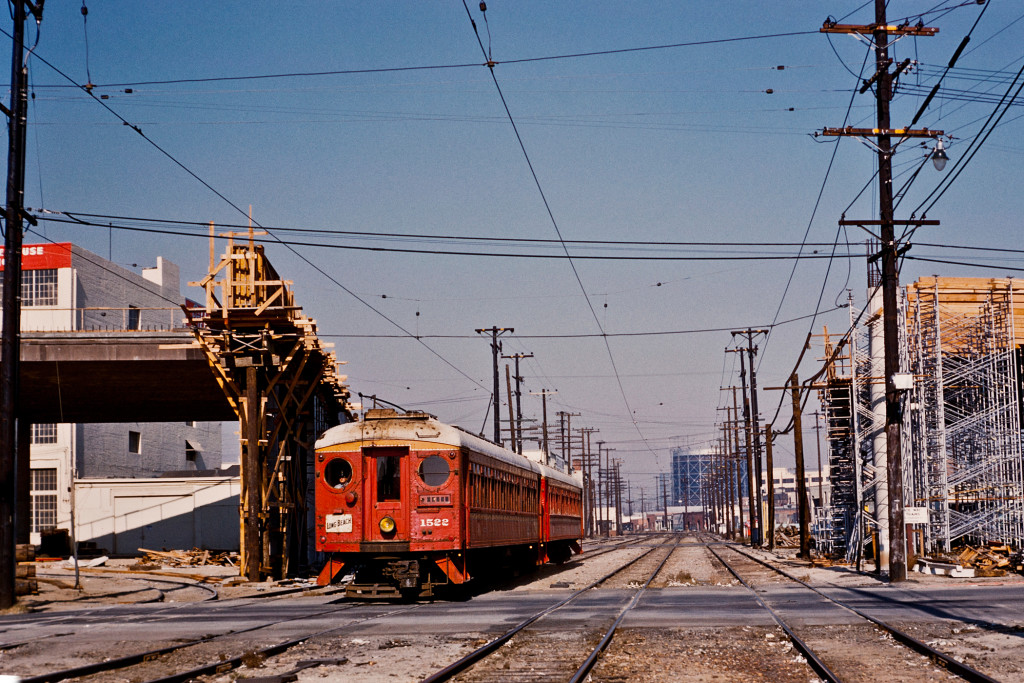 Construction of the Santa Monica Freeway is progressing rapidly as seen in this December 3rd, 1960 image by Bruce Ward. Metropolitan Transit Authority 1522 glides by the Interstate -10 overpass construction site at 16th Street on its way to Long Beach. Service will be ending on this line in only a few short months as April 1961 is fast approaching.

This part of the line was known to the fans as “Whistle Alley” because the streets that cross the right-of-way were only a few hundred feet apart. No sooner did the motorman blow his whistle for one street then he would have to blow it again and again for about 5 crossings in rapid succession….In the weeks just before abandonment, the freeway construction covered the tracks and the echo of the PE whistle under the freeway was music to a rail fans ears… 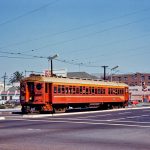