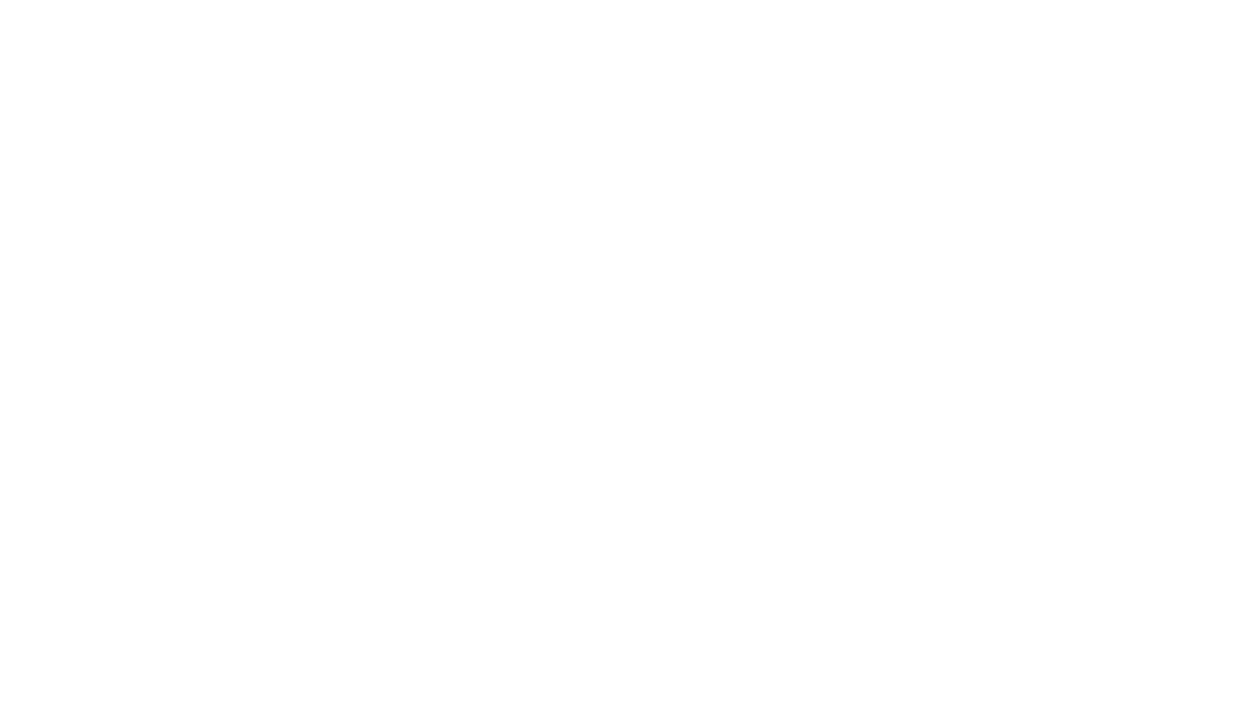 In 1947 I saw in the paper that the City Public Utilities Commission were going to hold a hearing on the Pacific Electric’s plan to abandon one of their lines. I went downtown on the streetcar and visited the Public Utilities Department.  I asked to talk to someone in the office about that plan. I wanted to find out the date of the meeting.

Surprisingly the head of the Agency came to the counter to talk to me. His name was Col. Bean. I was fifteen at that time and he could see that I had a interest in transportation. He went to his desk and came back with a publication called Interurbans. He suggested I sit down and look at it there because he wanted it back. He also mentioned that the Editor of the publication held meetings every Sunday at his house. He said many other people came and showed rail pictures on those nights.

I took the address down. It was 1414 Westmoreland Avenue. One day I took the P Line streetcar to that address. It was in the middle of a weekday but I thought someone might be there. Sure enough there was a very nice elderly lady watering the front lawn. She said yes, her son was at work but come over Sunday night at 7:00 PM. and I would see lots of young people who liked trains and streetcars.

That opened the door to a whole new world and hobby. Up until that time I thought that I and a friend in Junior High School were the only people in the world that liked rail.

I went to the Sunday meeting and learned that a rail club called Railroad Boosters was sponsoring a chartered trip on the PE  Inglewood line. I contacted them and purchased a ticket for that trip in January of 1948. The editor was the well known railfan Ira Swett. He was considered one of the most recognized author, photographer and transit historian of the period.

That brings us to this new batch of pictures. These pictures were taken on the second or third chartered trip.

NOTES   Looking back I am struck at how much open space existed in the L.A. area in 1948.

411 — This was taken at Slauson Jct. just after we come onto the Whittier -Fullerton-La Habra Line. This was a freight-only line so a chartered trip was the only way to ride it.

412 — La Habra was where the Whittier Branch turned North from the main line.

415 — The Fullerton Branch dropped South into Fullerton. It was early on the Sunday morning we arrived. It seemed like the whole town was still asleep.

416  Note the P.E. bus parked next to our car.  It was laying over until the next A.M. An older friend of mine the late James N. Spencer worked for the Santa Fe and later the Union Pacific decided we should take a ride. I was sixteen and thought if would be risky. If my memory is correct he flipped a switch in the rear motor compartment. Three or four of us got in the bus. It was a stick shift. Jimmy had never driven a bus but the engine started and we drove three or four blocks around a totally quiet town. No people or cars. The only bus that was stolen and returned LOL.

419 — Yorba Linda end of the line. President Nixon lived here and his Library is here now. All in all it was a fun day as they say. 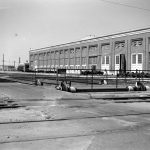 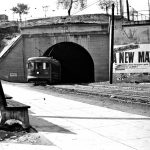