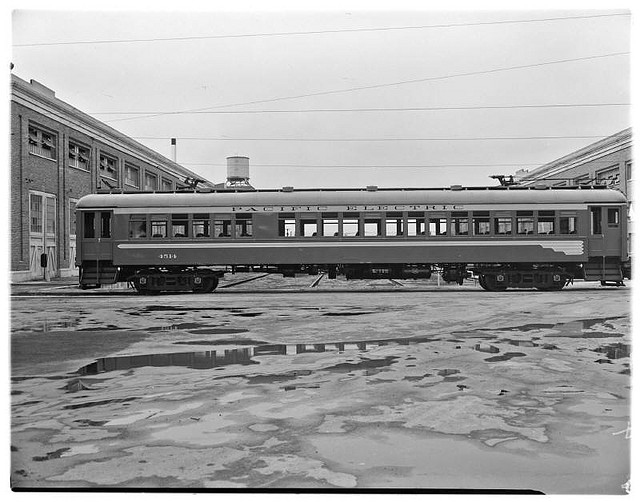 This is a very rare shot, as the 4514 would never see service with this number. Just two weeks later, 4514 would go into service as “LUXURY LINER” no. 300, the first of 18 cars of the 300 class. Number 300 would go on to serve patrons of the Southern District under three owners: first the Pacific Electric; then Metropolitan Coach Lines, and finally, as LAMTA no. 1500. Number 1500 was still rolling along when the end came for the Long Beach Line in the pre-dawn hours of April 9, 1961. The Blimp no. 300 would never see service in the new Butterfly paint scheme with number 4514.