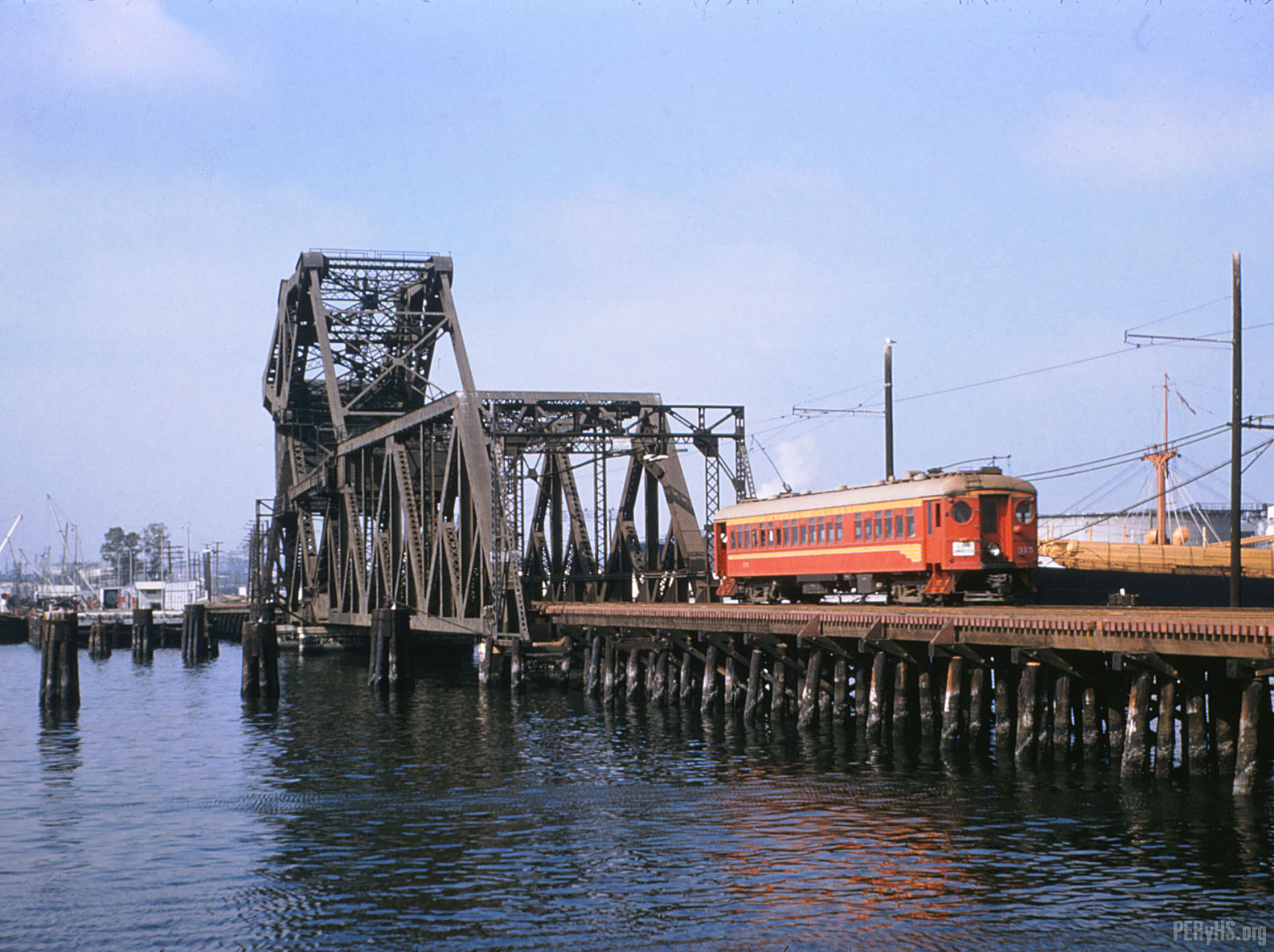 
Pacific Electric blimp no. 315 rolls southbound out of the bascule bridge at San Pedro in this image dated July 14, 1953.

An additional reminiscence from Alan regarding this photo:


This is a picture that is a bit unusual. This is the West Basin Bascule Draw Bridge. A few years after this picture was taken the draw bridge was raised to let a ship pass thru. For some unknown reason (at least I never heard one), the ship rammed the side where the Bridge was hinged. It was never lowered again until years later it was cut up for scrap. So from that time until the end of passenger service in 1958, service to San Pedro could only reach San Pedro via the longer West Basin line – making the trip approximately 8-10 minutes longer. I hope the Captain at least got a ticket.