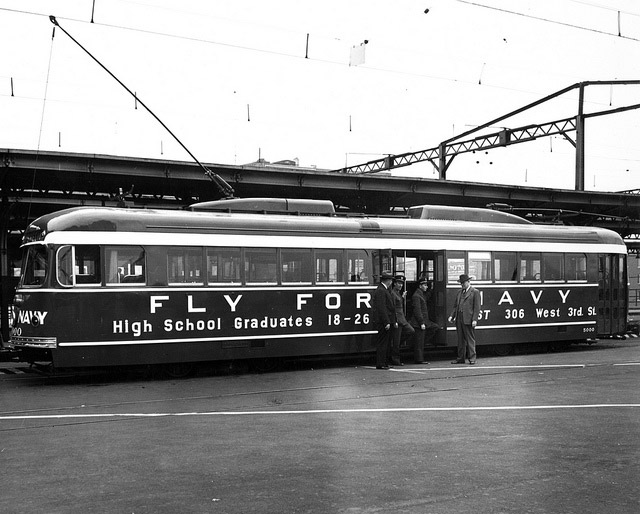 When the United States entered World War II, that conflict united this country like nothing before it. Patriotism in the United States reached a high point that would never be seen again. Many transit companies across the USA painted both buses and streetcars in special paint jobs supporting the War effort. PE and LARY were no exceptions In this photo, PE officials (the same happy bunch that posed with “Luxury Liner” no. 300 at the Catalina Steamship Dock in 1947) stand beside PCC no. 5000 at 6th & Main in the early months of 1942. This was the first of two different NAVY paint jobs applied to the 5000 during the War.

Some time later during the War years, the NAVY paint job on PCC 5000 was “updated” as seen here at the end of track at Burbank. 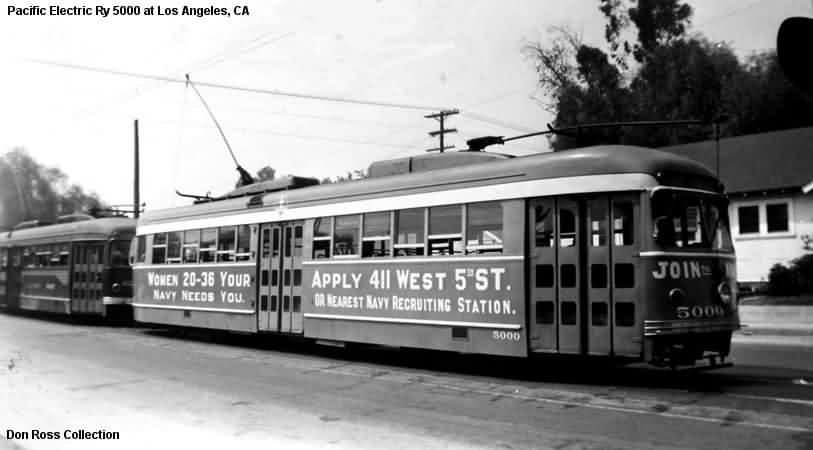