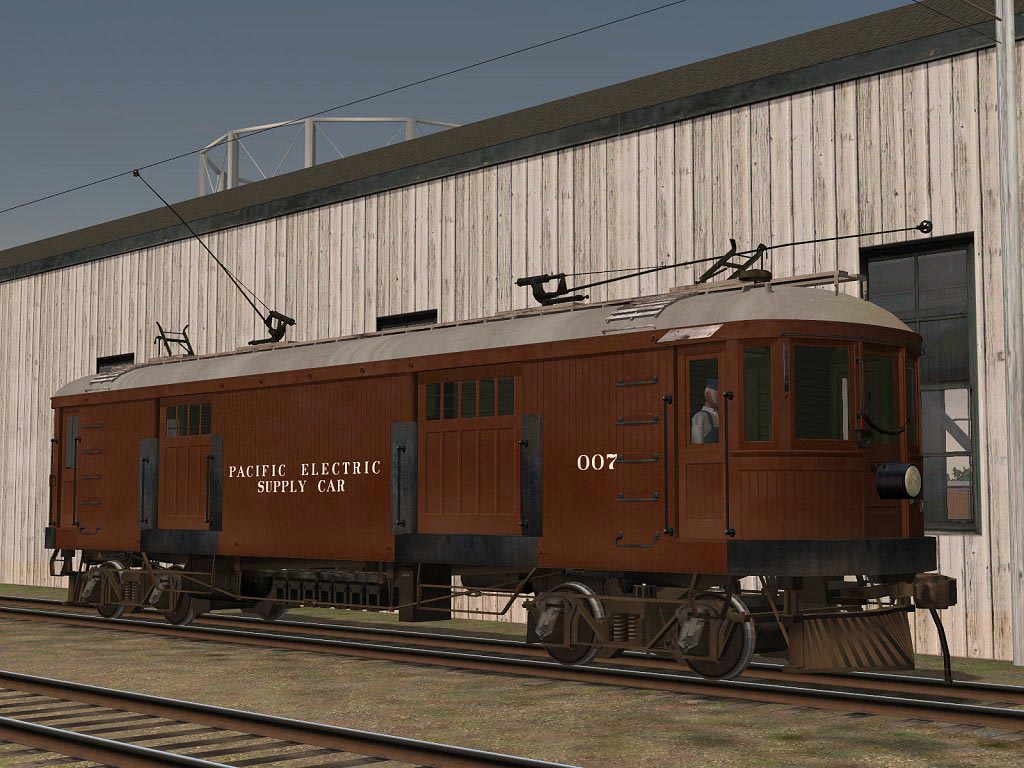 I recently finished my model of the PE 007 Supply Car, making the hoists from what I observed in photos of similar equipement, since I could not locate anything directly connected to those that were used in the 007. I can only hope these are close enough. These hoists were used to pick up heavy objects such as car parts, according to Ira Swett in his “Cars of Pacific Electric Vol.3”. 007 was originally box motor 1438, rebuilt with the hoists and extra wide door in 1928. Rebuilt back to box motor 1438 for a period between 1939 and 1948, when she was rebuilt again as wrecker (2nd)005, remaining thus until her scrapping in 1954 by SP. I have seen only one small photo of 007, in the book mentioned, and would very much like to find others. It seems to be a rare car! 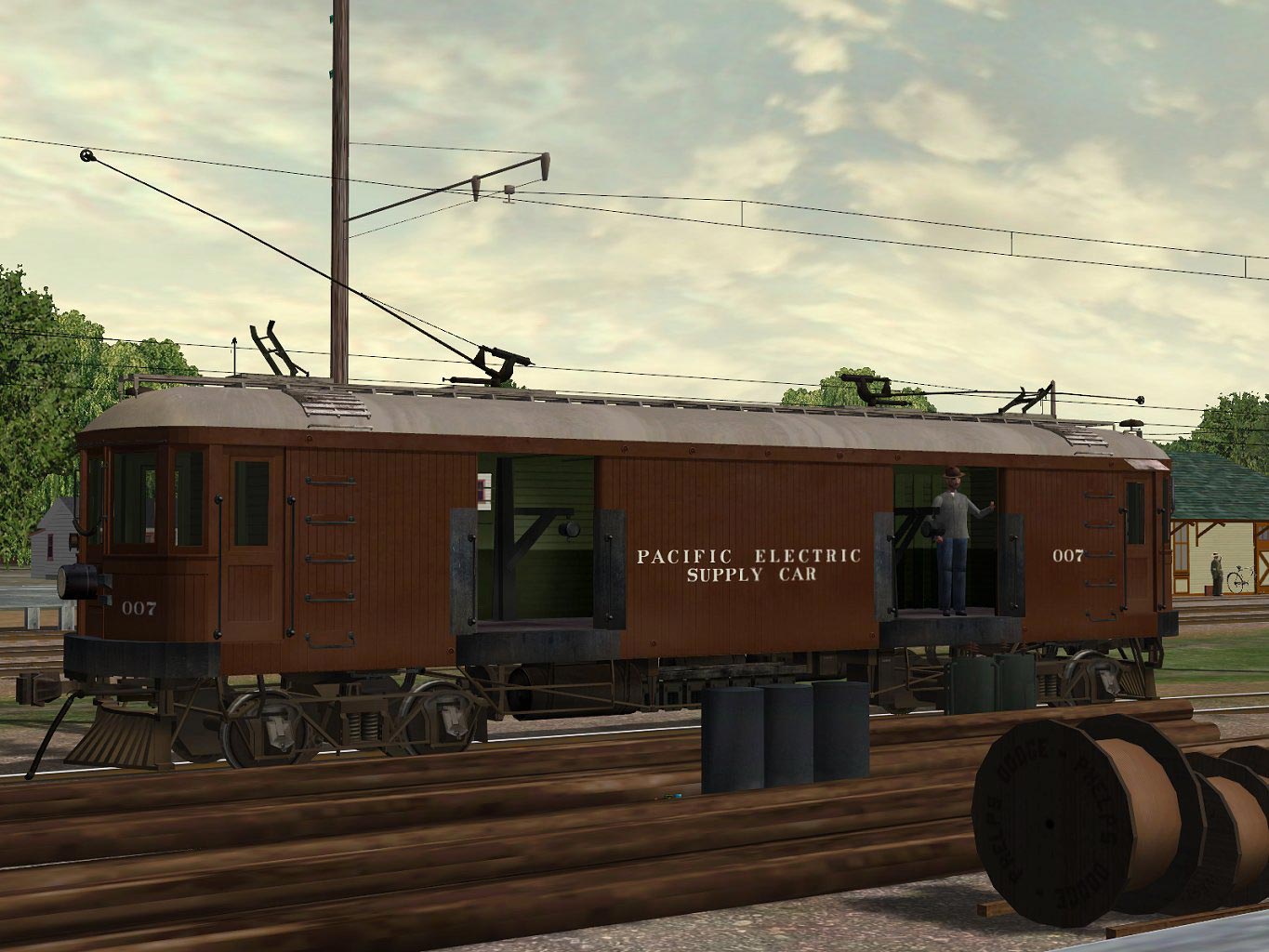