Here’s an amazing set of images from the collection of Alan Weeks and Alan Fishel, who graciously provided them to share with all PE fans.

Norman K. Johnson, a fan of the Santa Monica Air Line in particular and Pacific Electric in general, was concerned about declining support from PE/MCL. So much so that he decided to take matters into his own hands when he created and printed / distributed these authentic-looking promotional timetables to help promote Air Line ridership. This was in early 1953, which as Alan Fishel explains:

At this time the PE / SP was negotiating with Jessie Haugh of the Metropolitan Coach Lines to sell all PE passenger service which took place within a few months. The Air Line was so out of site that it was not part of the original sale and was not included until well after the sale. PE was able to cut the line back to 10th Ave shortly after the publishing date on the time table, but was not abandoned It until October of 1953. Therefore the Air Line was the last line to have PE passenger service.

This timetable was printed and distributed by rail enthusiast Norman K. Johnson. The Pacific Electric did not publish a timetable for the Air Line. It was a required franchise run and PE did not want it known about. The timetables were placed in the timetable rack at the PE 6th & Main Station and the PE removed them as soon as they were discovered. 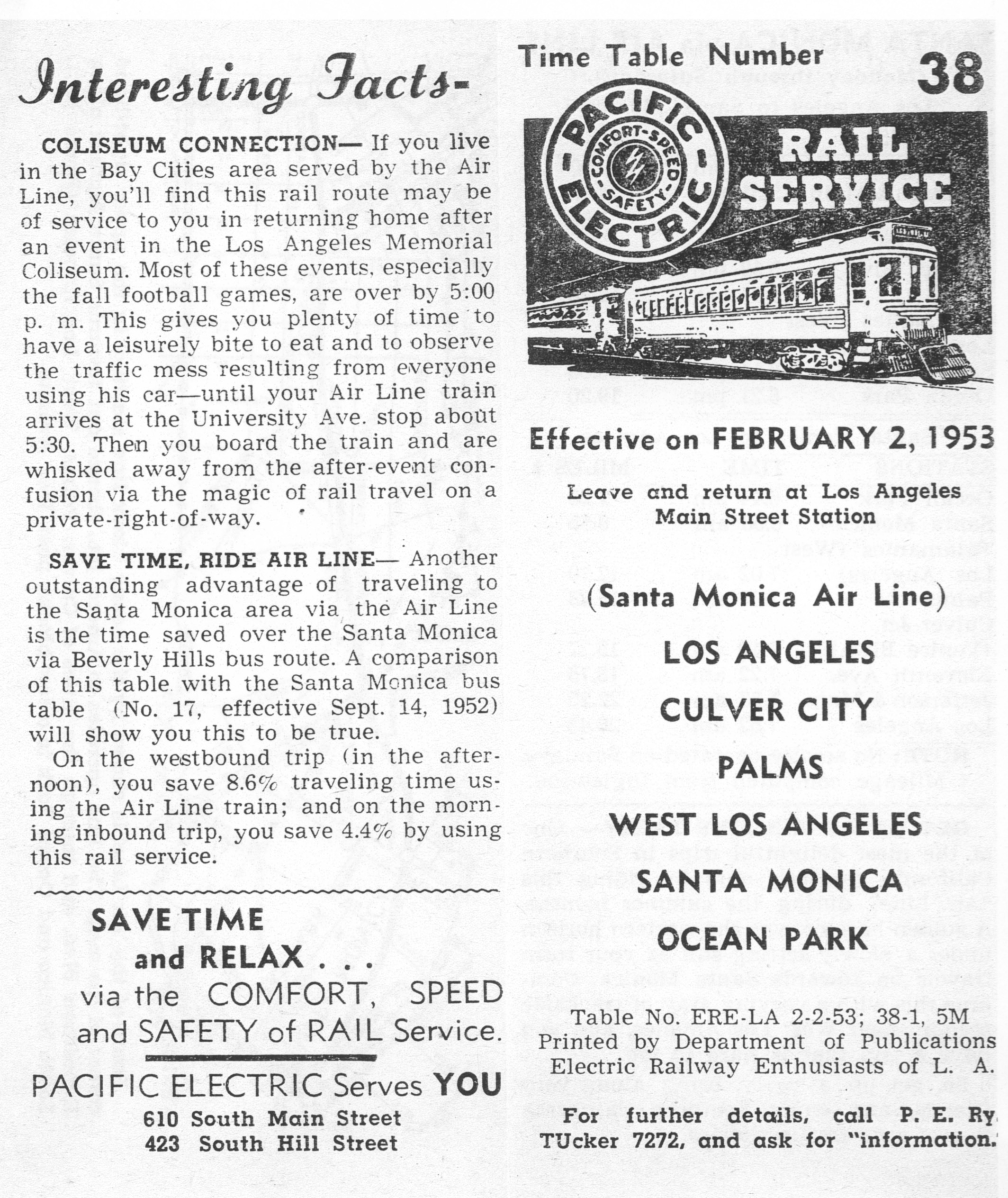 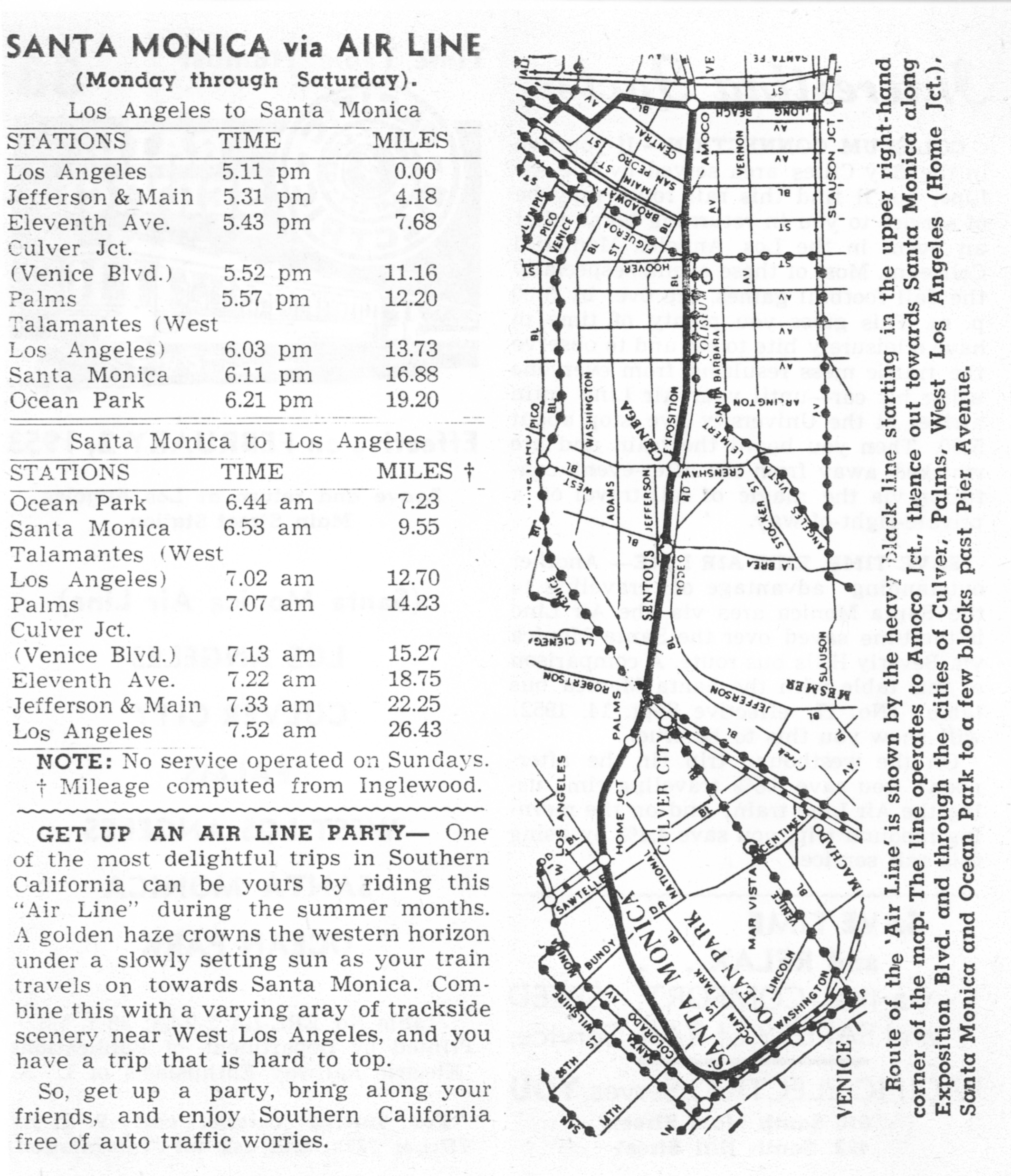 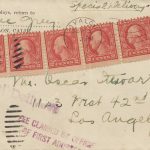