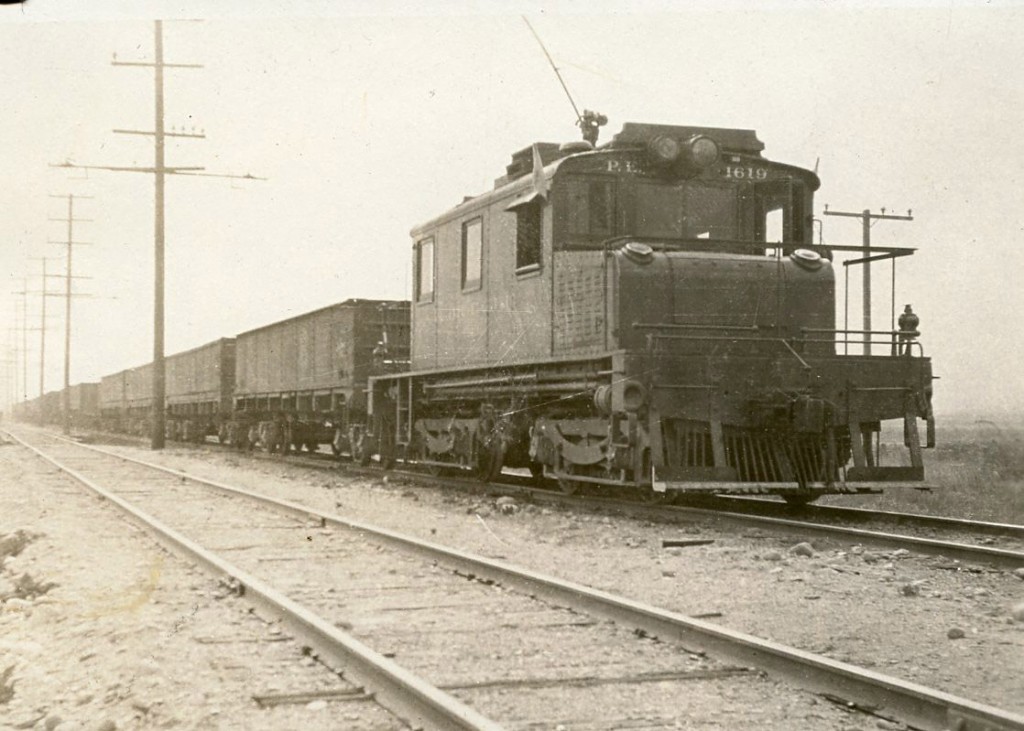 Pacific Electric freight locomotive no. 1619 pulls a long, heavy consist of hoppers (possibly loaded with rock) somewhere on the Northern District circa 1930.