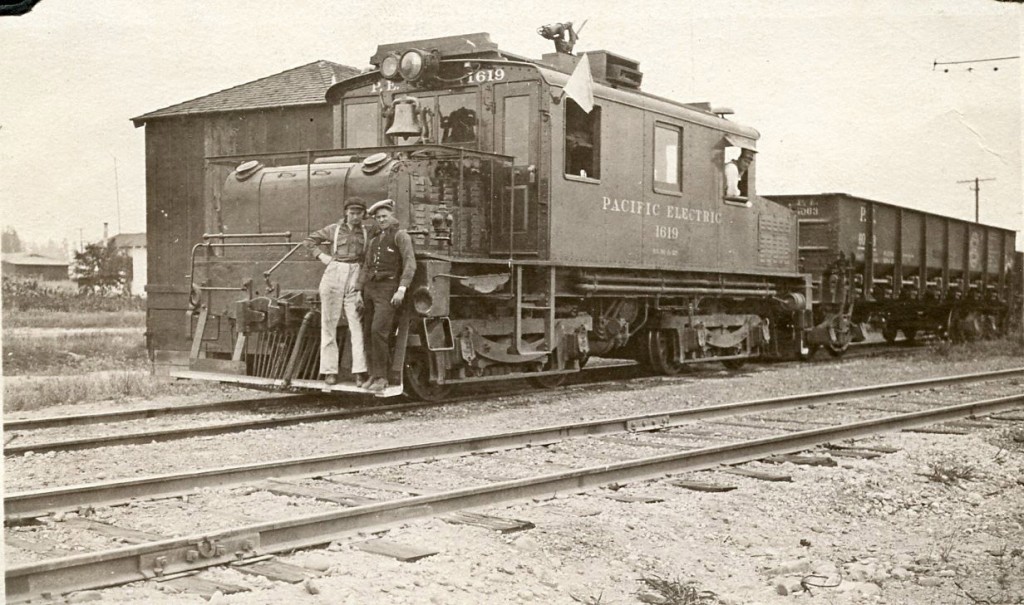 Pacific Electric freight locomotive no. 1619 poses with its proud crew somewhere on the Northern District in this circa 1930 image. The gentleman with the light-colored hat is Lynwood Abner Toothaker, or “L.A.” to his coworkers on the PE. He worked for the Pacific Electric from 1912 to 1946. This image is from the collection of his grandson, Thomas Pollock, who contributed it to the site.