1208 at the Ramona Convent in Alhambra 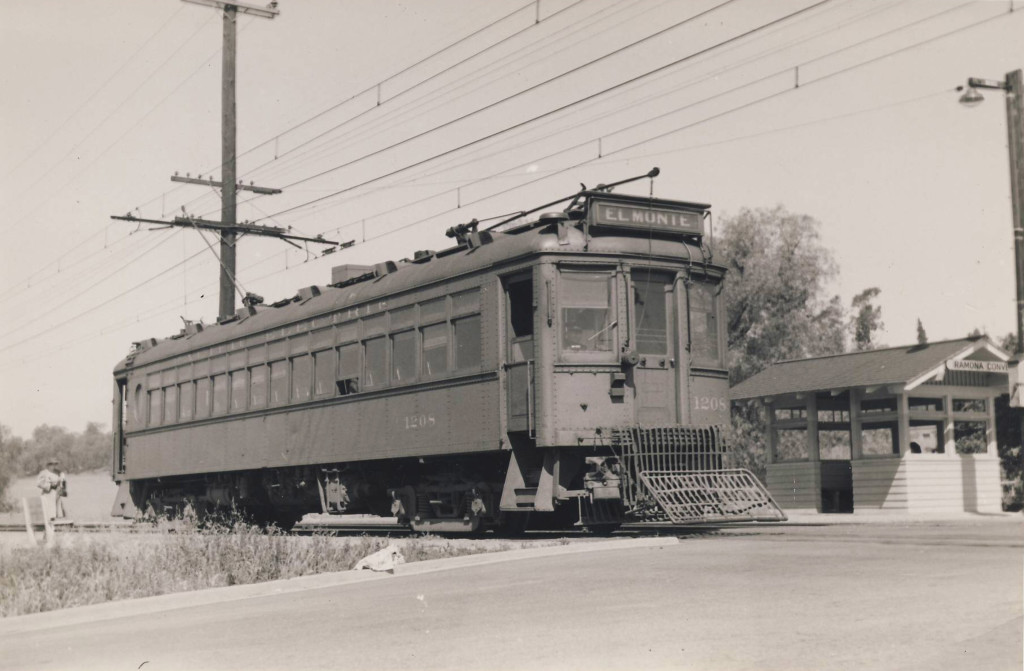 Pacific Electric no. 1208 pauses at the Ramona Convent stop in western Alhambra on a morning run to El Monte in this undated, unattributed photo.

Ramona Convent Secondary School was established in 1889 as a private Catholic college prep school and is still around today; existing from before and after the running of the Pacific Electric Railway. One noted alumna was aviatrix Florence “Pancho” Barnes, daughter of Thaddeus Lowe, Jr., construction manager for the Mount Lowe Railway and granddaughter of Thaddeus S. C. Lowe.