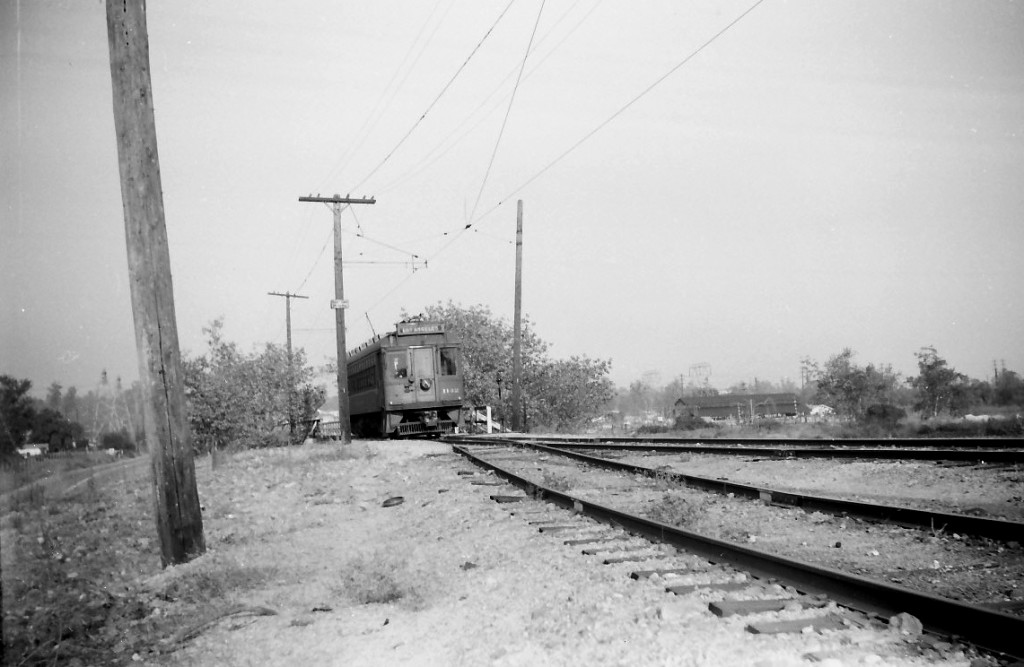 Pacific Electric no. 1142 heads westbound at Eaton Wash in this image dated September 11, 1950.