1129 at the Mount Wilson Trail in Sierra Madre 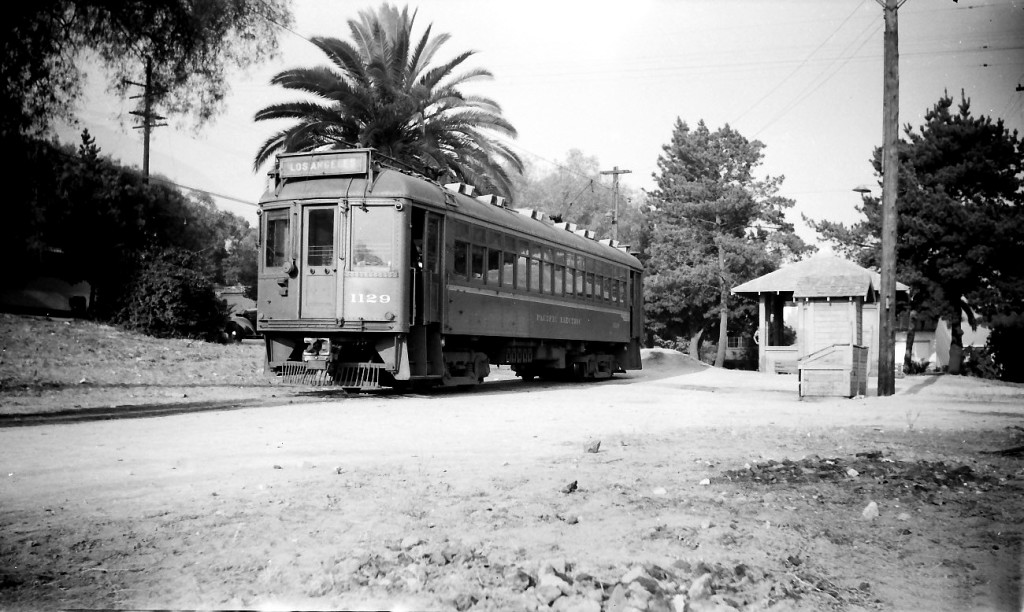 Pacific Electric no. 1129 sits patiently as it awaits its trip back to Los Angeles from the Mount Wilson Trail head in Sierra Madre. The image is dated September 11, 1950.