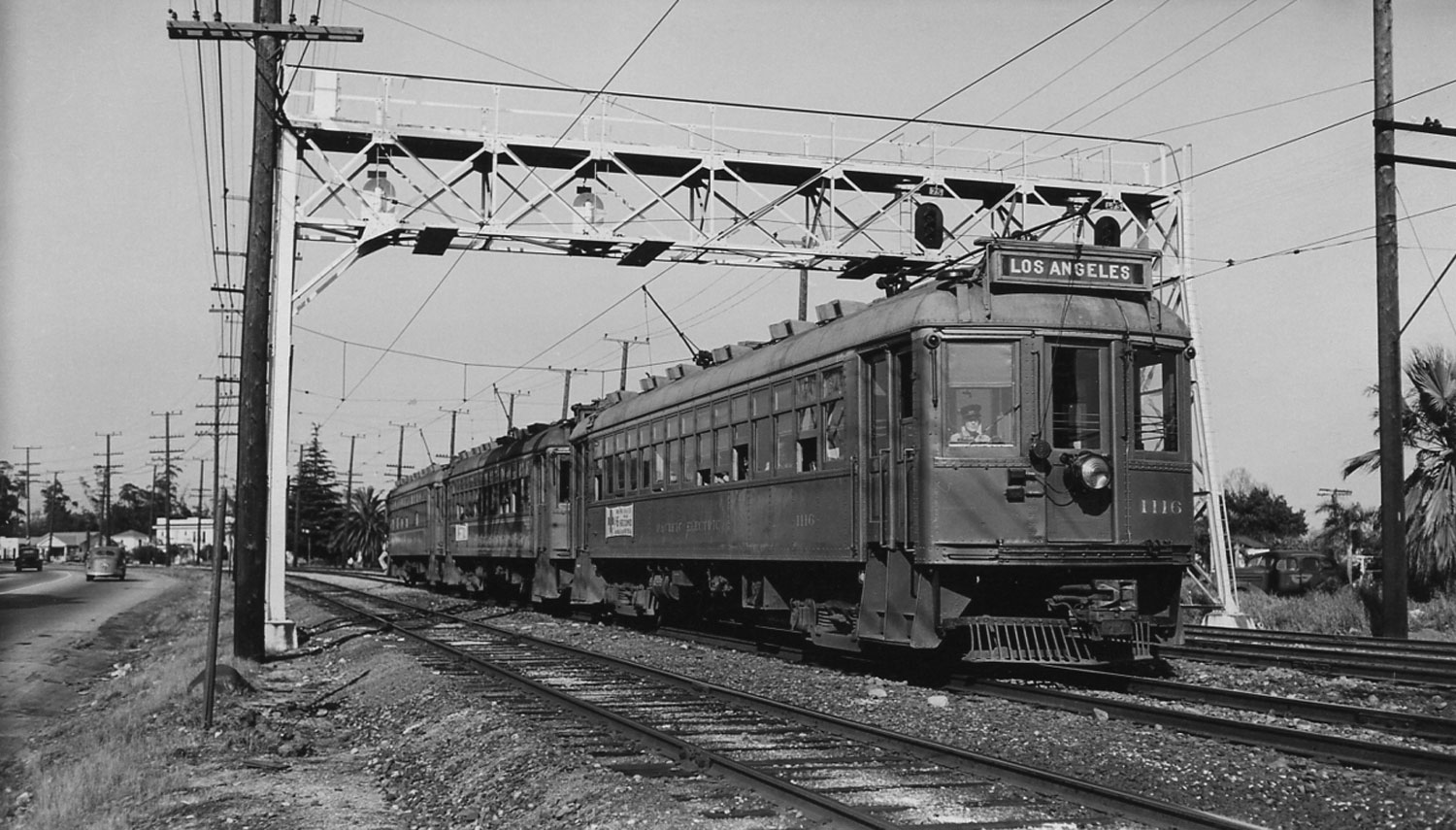 Pacific Electric interurbans (lead by no. 1116) are photographed near the Van Horn Stop at Sierra Vista (Alhambra) in April of 1945.

This image was used in 1958 PE book, page 29. Caption: A three car commute train slows for Sierra Vista station on the four track section of the Northern District.