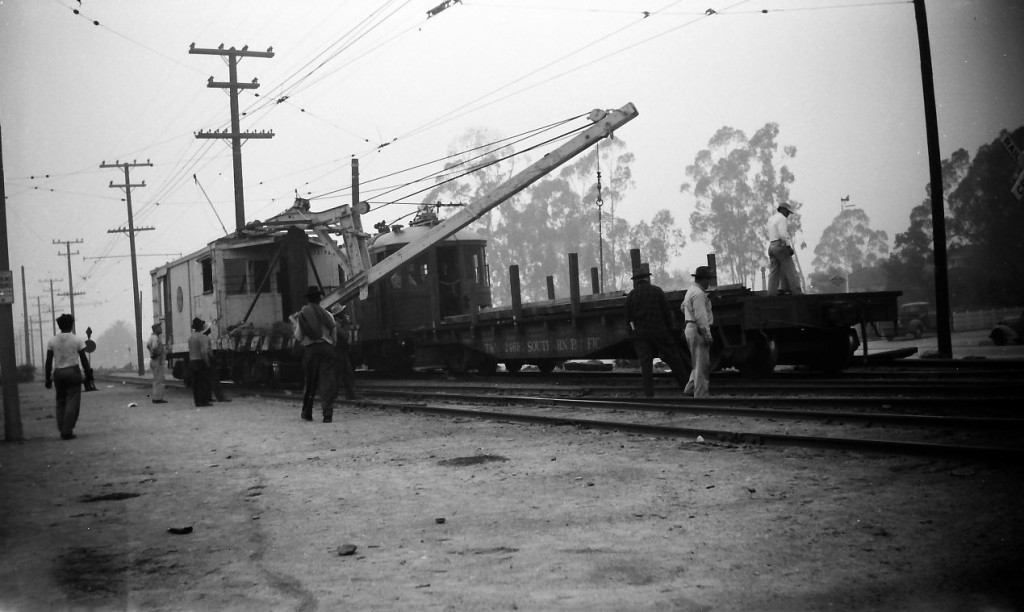 Pacific Electric no. 00191 is captured along with her crew removing rail in San Marino on February 8, 1951. 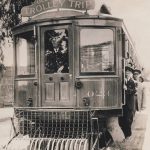