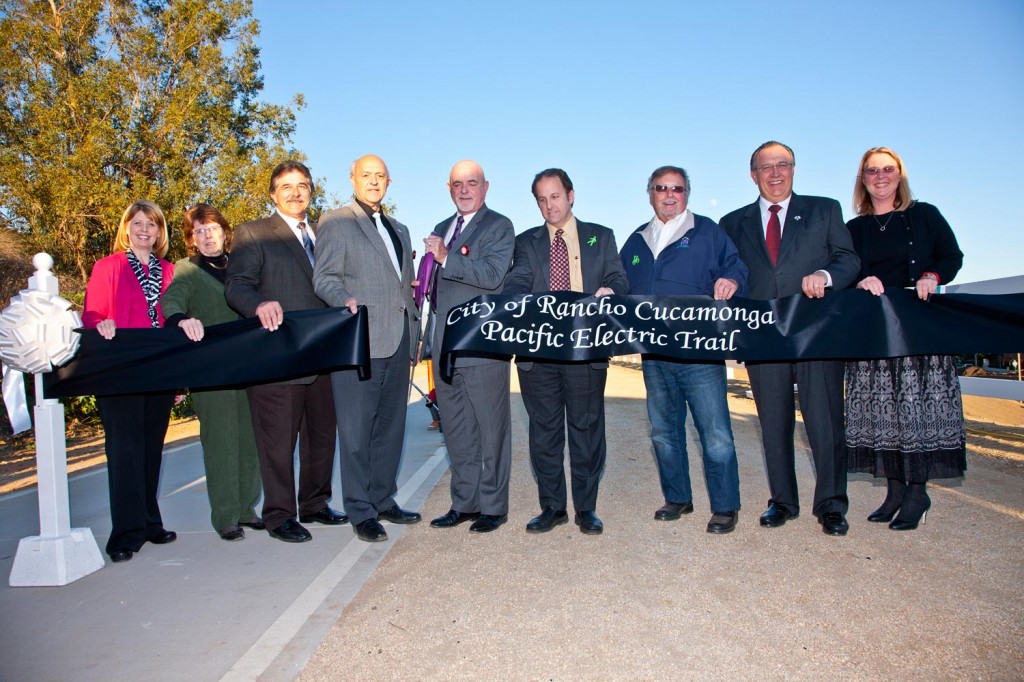 The City of Rancho Cucamonga, California, celebrated the re-opening of the Pacific Electric Trail (built upon the former PE right-of-way throughout the city) on December 7, 2011, at the trailhead at Foothill Boulevard and Baker Street. A group of local dignitaries appeared for the ribbon cutting as part of the opening of the new pedestrian/bike/horse bridge crossing Foothill Blvd. The old PE bridge and original PE rail have been partially preserved as part of the trailhead park environment.