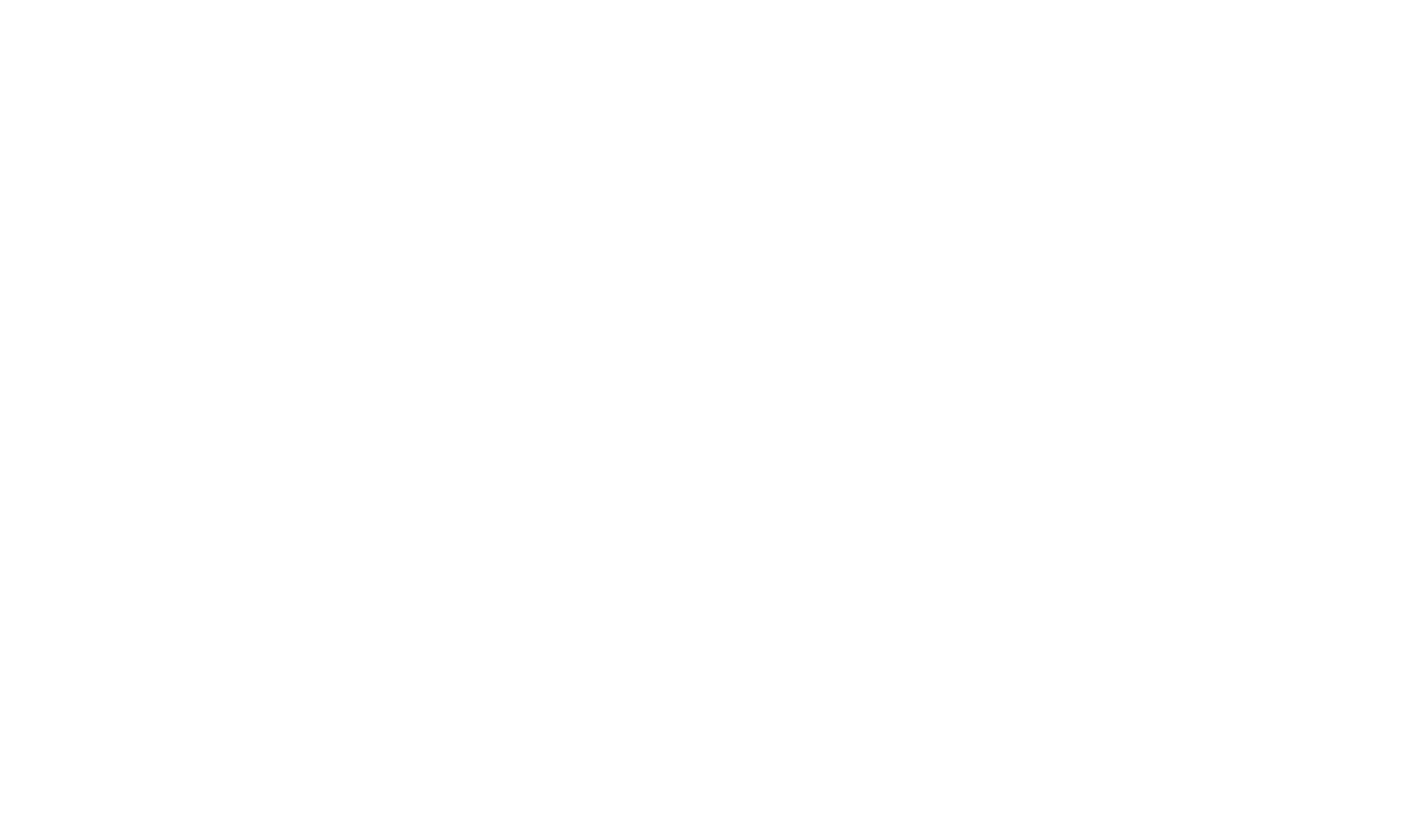 On August 23, 1946, Southern Pacific 2-8-0 no. 2701 is preparing to depart Baldwin Park eastward over the SP’s Covina Branch with Pacific Electric office car no. 1299 in tow. The PE would purchase that portion of SP’s branch between Bassett, on the Sunset Route main track, and Ganesha Junction, a short distance from Pomona, on September 1, 1946 a mere 9 days later.

This trip was one that PE officials made over the line to see firsthand what their $400,000 investment looked like. The SP’s trackage between the Reliance Rock Spur, just east of Baldwin Park and Lone Hill was not electrified at this time. That would come in the next two months as PE sought a route that avoided increasing automobile congestion on their original line along Badillo Street in Covina.

Here we see some last-minute mechanical goings-on beneath 1299 as overseen by Road Foreman of Engines Baker. Engineer W.H. (Windy) Owen is keeping an eye on things while the fireman has a last look around. 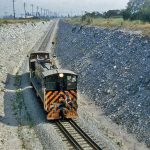 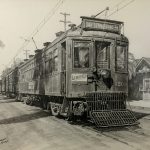