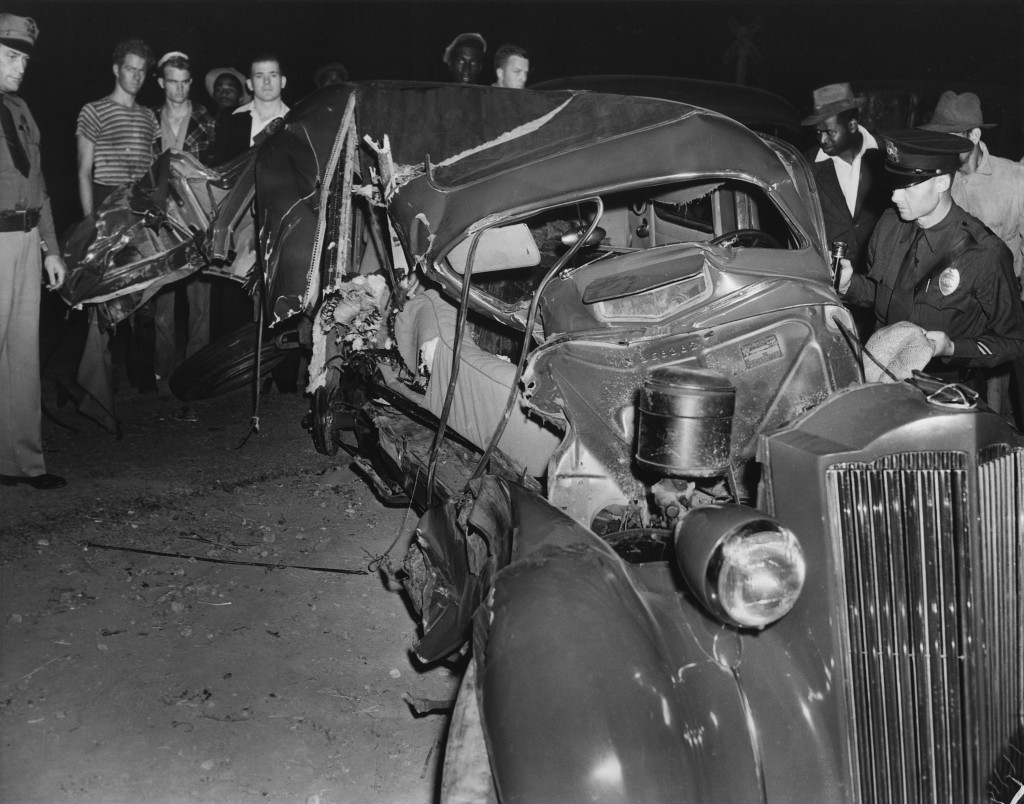 Los Angeles, Calif. — Frank Carter, 35, of Torrance, Calif, died as a Pacific Electric train plowed into this new (Packard) sedan and Frederick Macintosh, 31 of Los Angeles was held by police on negligent homicide charges as the driver of the car. Macintosh denied, however, that he had been the driver although the car was registered in his name.