The McNamara Bombers in Los Angeles, 1910 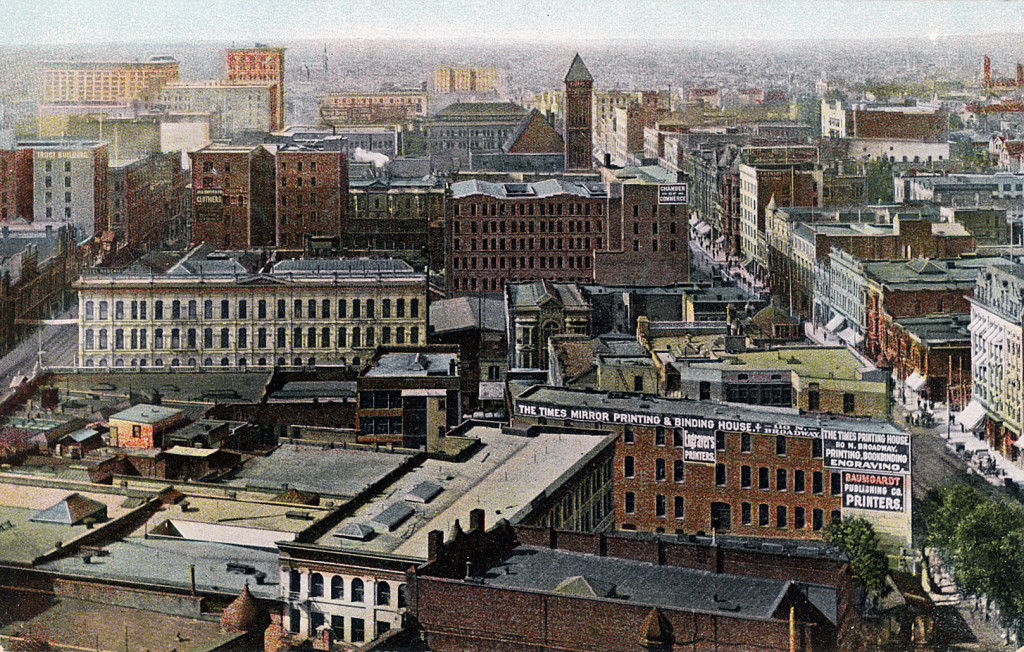 Above is a post card which was published in 1907. It is a colorized version of a photograph taken from the tower of the County Court House located on the southeast corner of Temple and Broadway. On the right is Broadway and the left, barely visible, is Spring Street. First is the cross street and that’s the Nadeau Hotel on the southwest corner of First and Spring. After 1935, that would become the site of the fourth LA Times building.

Spring Street, prior to 1925, extended from First and Spring to Temple and Main. (That’s a gross simplification) The buildings to the left in the image faced on Old Spring Street.

When New City Hall was constructed in 1925, it occupied the former Spring Street dogleg and New Spring Street became parallel to Broadway. There was an alley separating the building labeled “The Times Mirror Printing and Binding House” from the main Times building on the northeast corner of First and Broadway.

It was here where James B. McNamara placed 16 sticks of dynamite on October 1, 1910. He had a timer set to go off at 4:00 AM when the building would be empty. The mechanism failed and went off at 1:07 AM when the building was full of people. McNamara didn’t know there were natural gas trunk lines under the building which exploded in the conflagration along with barrels of very flammable ink. The result was 21 people
burned to death and 121 more injured.

On Christmas Day 1910, John J. McNamara, James’ brother, dynamited the Llewellyn Iron Works adjacent to Capitol Milling. In a very convoluted story, both James and his brother were tracked down and convicted of the crimes. James got life in Folsom and John 15 years. The trial destroyed the career of Clarence Darrow who was forced to plead the brothers guilty in order to save them from the gallows. 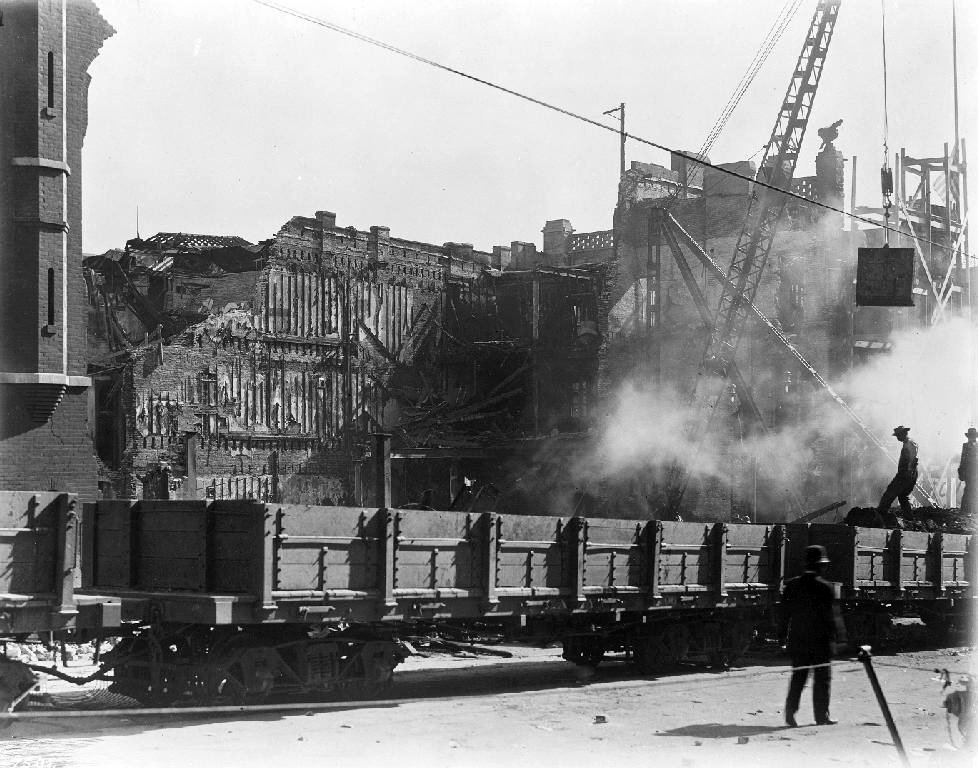 In the aftermath, Los Angeles Railway was drafted to haul away the debris from the disaster. The above photo shows flat cars being loaded on Broadway immediately north of First Street. One of those cars survives today at Orange Empire Railway Museum. Note the brass eagle on the roof of the structure. It survives today in the lobby of the new building.