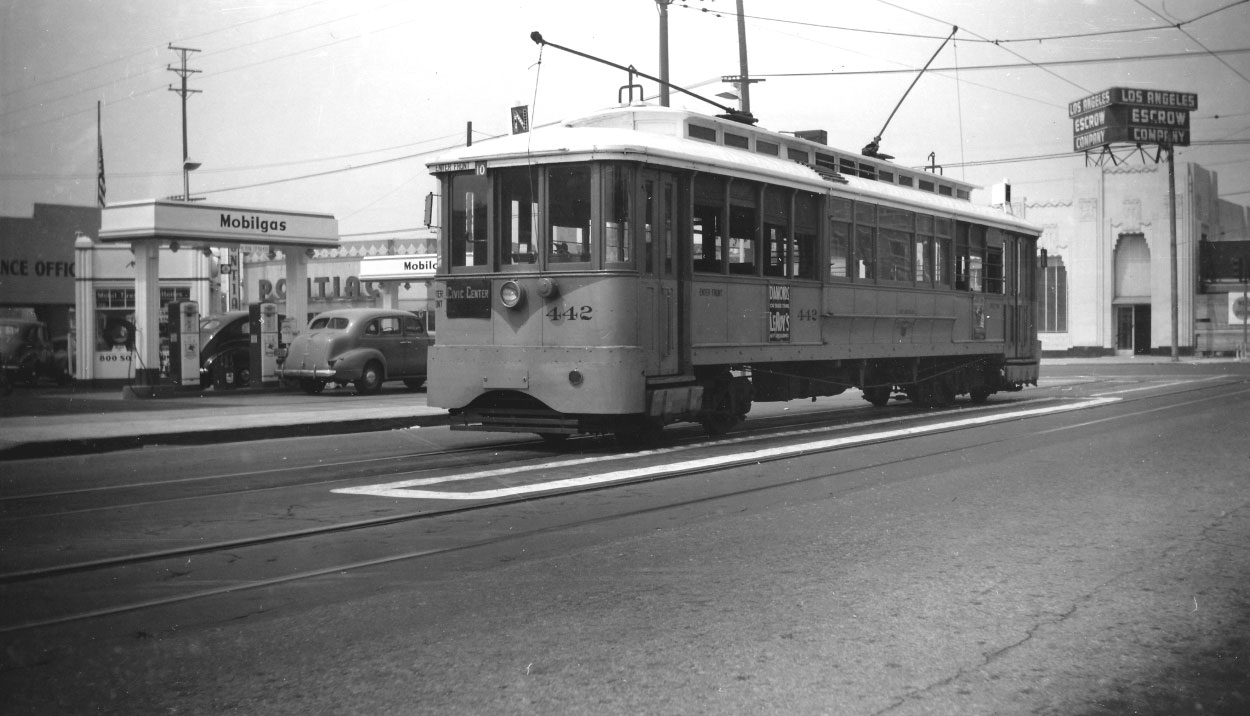 Los Angeles Transit Lines no. 442 pauses at 8th and Western on the N Line.