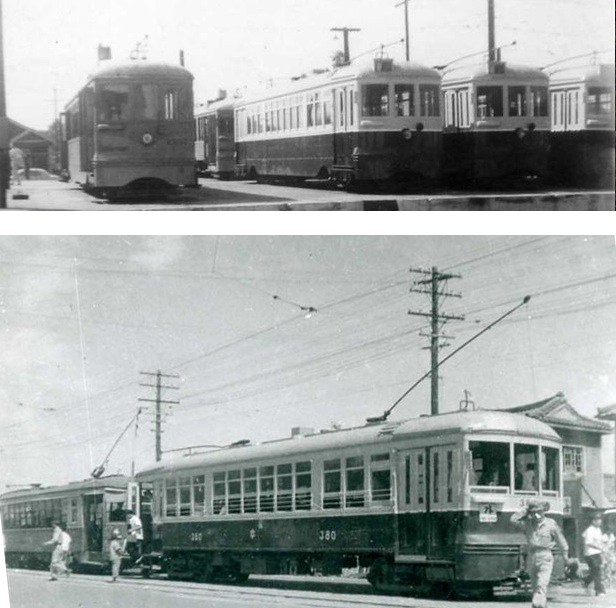 Sadly, this happened all to often in the postwar years across America, as city after city foolishly abandoned their efficient streetcar systems. Though in most cases, most of these systems were in need of rebuilding after years of heavy war demands. Cheap, inferior buses took the place of streetcars across America. Even the modern PCC was not immune to this insanity.

Retired LA streetcars found new homes in such faraway places as Buenos Aires, Veracruz, Cairo, and in this case, 61 former LARY / LATL streetcars destined for Seoul, Korea. The grateful people of war-torn Seoul welcomed the “new” cars without prejudice as to their age.

The saga of these 61 H-class cars began in the wee hours of May 22, 1955, when LATL abandoned car lines 5-7-8-9-F and the northern portion of the W line. In fairness to LATL, the City of LA and the Highway Department screwed the LATL by condemning a two-mile stretch of S. Grand Ave for the Harbor Freeway construction, in much the same way that the PE’s Northern District was done in by the condemnation of Aliso St. in 1950.

With the massive abandonment, about 250 well-maintained streetcars of the H and K classes were surplus and doomed to the scrap pile. By the fall of 1955, the sale of these cars was finalized, and National Metals & Steel was set to start transporting the cars to Terminal Island for scrapping.

And then fate steeped in: 61 cars were selected to be sent to Seoul, Korea. In as much as National Metals now owned the cars, The company acted as a “middle man” with the US Government and LATL to prepare the cars for their new owners.

All 61 cars were in EXCELLENT condition and needed no mechanical work. The only real factor in the preparation was to enclose the open end sections of the cars. Windows were removed from the center sections of doomed cars, and installed onto the new “H-6” class cars. A easy repaint and the cars were ready for shipment. South Park Shops did all the work. Everyone in this deal was a winner, EXCEPT the citizens of LA that had to settle for cramped, stuffy GM buses, with “their smart new interiors.”

In the first photos taken in early 1956 (above), “the Korea cars” cars are lined up at South Park Shops ready to depart for their new home. The second photo shows one of the cars operating in Seoul in 1967. The pampered life on the streets of Los Angeles was replaced by the harsh operating conditions of Seoul.

The cars soldered on into the late 1960s, even outlasting the modern PCCs they left behind in LA. No bus built in the 1950s, let alone built in 1922-23, could endure for very long under these demanding conditions. The H class cars were well built, and they certainly proved their worth in their last years of service. 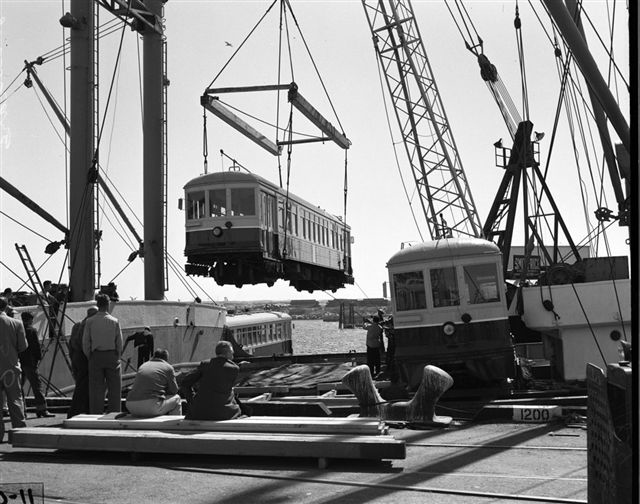