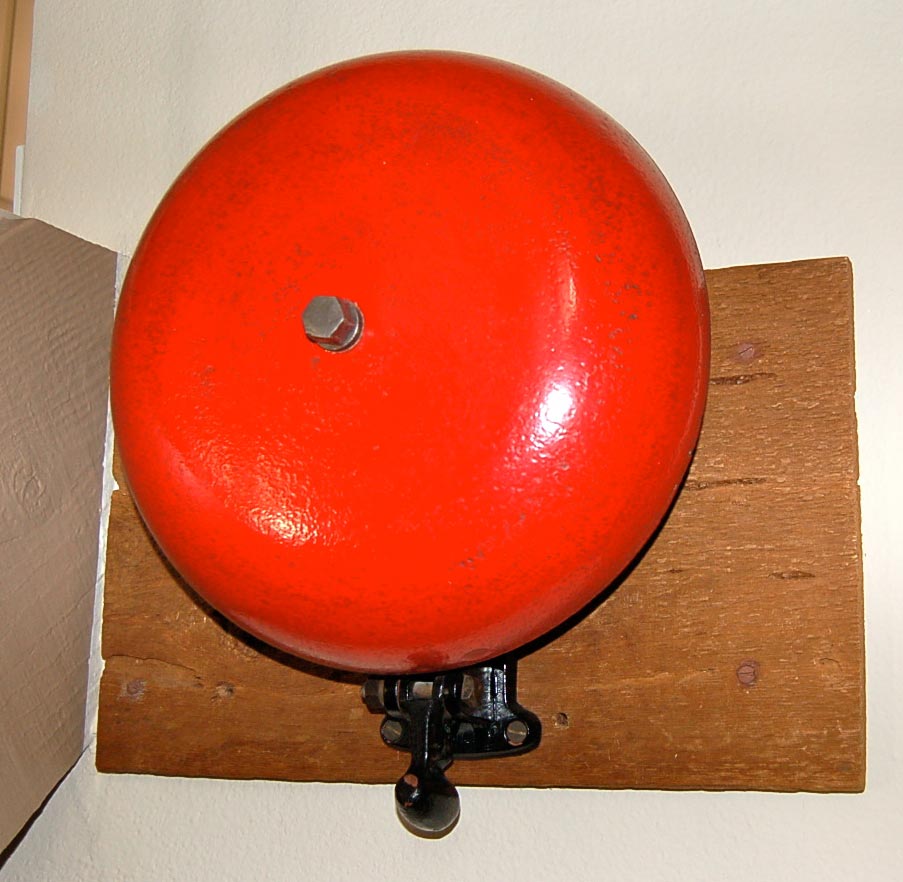 
The following was sent to us by a PERyHS.org visitor whose family has had this bell in their possession since the late 1940s.


In or about 1946 my wife’s uncle came to live with her family in Whittier when he returned from the war. It is my understanding that my wife’s uncle acquired the bell when some of the Los Angeles Railway older streetcars were being scrapped.

I was told that installed the bell on his old “jalopy” and enjoyed ringing it has he rode around town.

In 1956 we purchased this same Whittier home from my father-in-law. I later discovered the bell in the garage rafters. It’s condition was very dirty and rusted. I have have always been interested in such things so I cleaned, painted and mounted it as shown today.

I believe the bell was mounted on top of the streetcar in a “horizontal” manor and activated thru a cable passing thru a pulley and a hole in the base you may be able to see in the photo.

As a point of reference the diameter of the bell is 14″ (inches), iron in composition and very heavy. I believe I can spot a similar bell in one of the archive photos on your website.

The problem with photos is that you can not appreciate the great sound that the bell provides and I remember so well as a child riding the streetcars in Los Angeles. 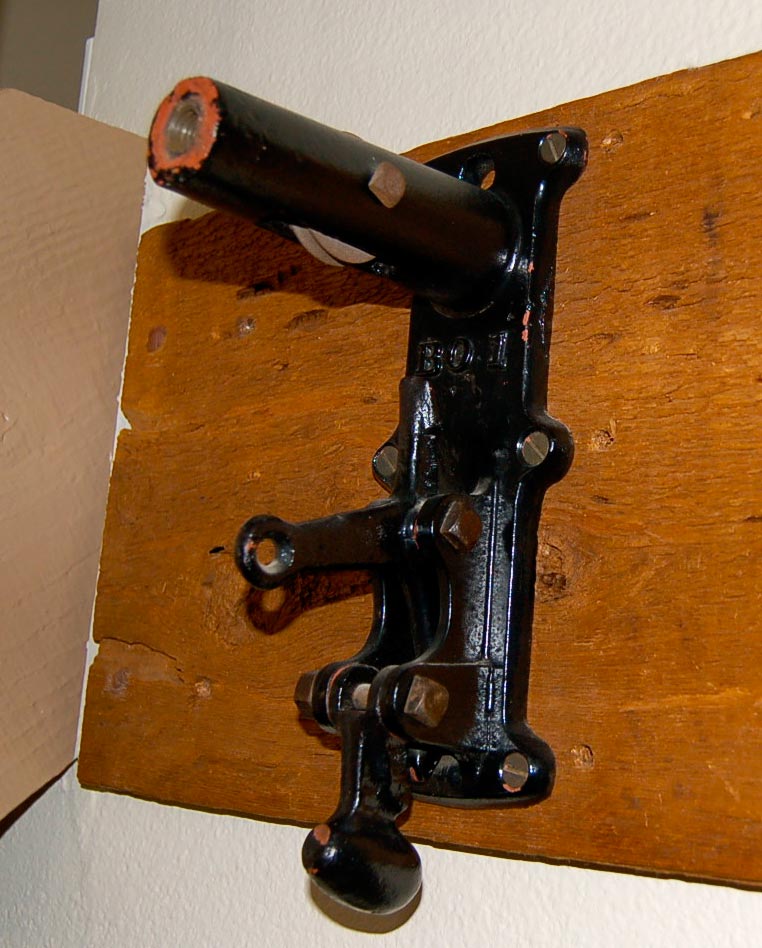 error: Please, no downloads.
3094 and 3148 at the TurnaroundAndy Goddard Collection, Los Angeles Railway 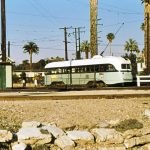