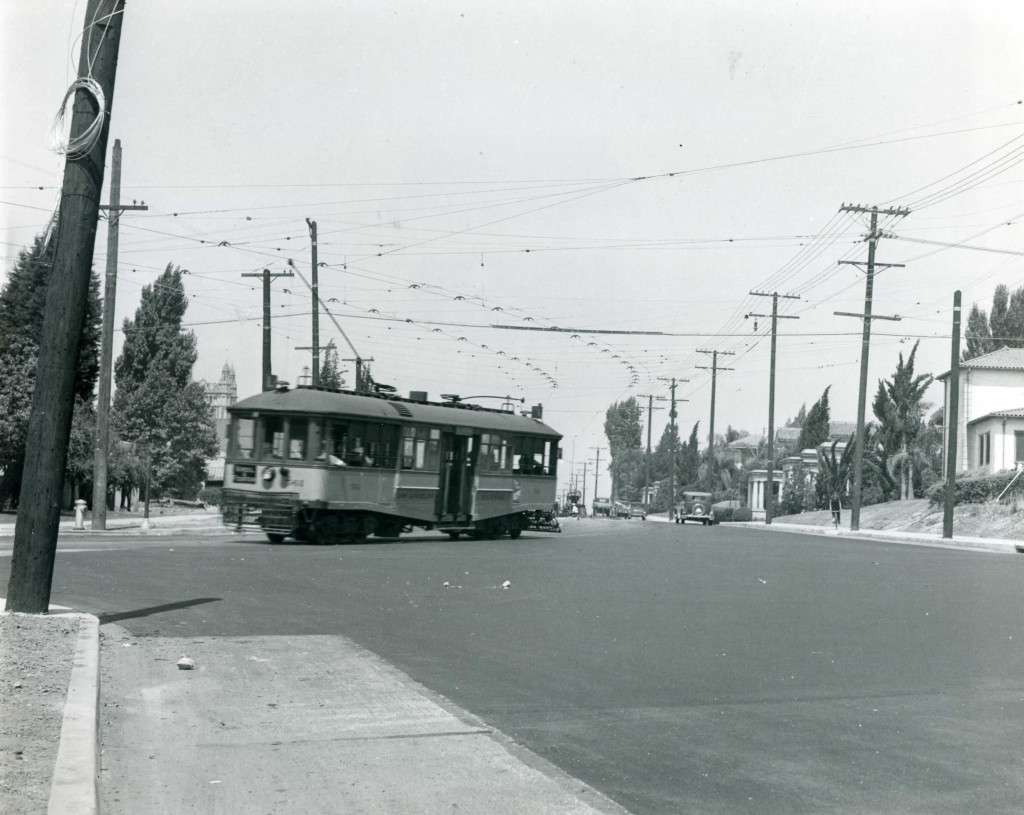 Los Angeles Railway car no. 543 swings off of Country Club Drive onto Olympic Blvd. heading for its terminal at Mullen Street – directly across from Los Angeles High School in this May 1939 view.

Time was running out to the L Line. The Los Angeles Railway was under heavy pressure to abandon the rail service . Improvements to Olympic Blvd, the former West 10th Street was well under way. The rails had been in place since the early years of the 20th Century, and were not up to high standards that the City of LA was imposing on the LARY and Pacific Electric. Something had to give, and it did… the L line!!

About a year after this photo was taken, L line rail service was cut back to Olympic Blvd and Menlo St. leaving LA High School students at the mercy of the new bus line #90. Then in April 1940, the good old L line was gone for good, or bad. depending on what you call “progress.” As a special note, the telephone wire wood encasement over the trolley wires, remained in place over Olympic Blvd, as a reminder of the L line until about 2005, when new phone lines were strung at this location, and LAST vestige of the L line disappeared forever. I have not seen any more of these wood encasements around LA now for several years, the one here at Olympic and Country Club was the last one that I knew of.