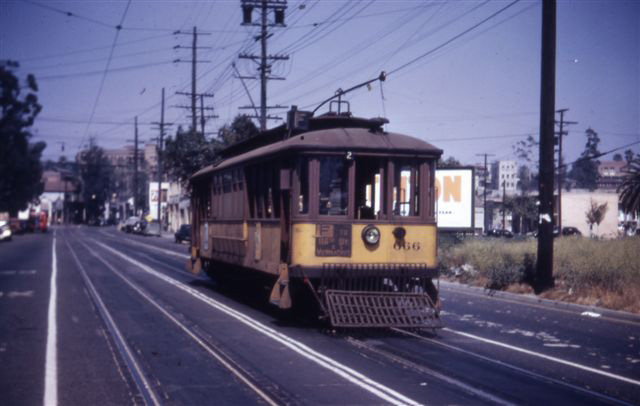 Los Angeles Railway streetcar no. 666 doing service on the F Line is captured on East 4th Street in this 1946 color image.

This photo was taken in March of 1946, a month after the F line was cut back to 4th and Anderson St (notice crossover) because of construction of the new Santa Ana Freeway. The line had gone a few more miles east to Fresno Street and First (the P line). A few months later, in June, all rail service on East 4th street was abandoned and the F line ended thereafter at the LAUPT loop until 1955.