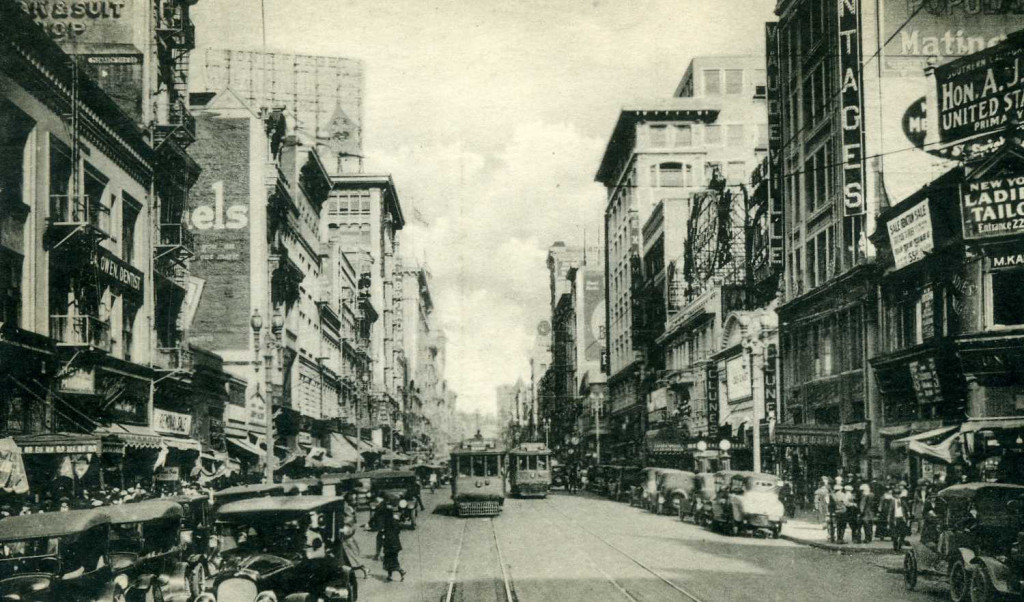 Downtown Los Angeles has always been the subject of post cards, and nothing says “BIG CITY” more than Downtown streets full of “modern streetcars.” In this 1915 post card view looking north on Broadway between 5th & 6th Streets, modern streetcars were plentiful. Los Angeles was a great city with its two railway systems. However, on March 31, 1963 Los Angeles became a “hick town” with the final abandonment of its last 5 PCC-operated streetcar lines. Inefficient, smelly buses would ply LA’s dusty streets for the next 27 years. LA did not regain Big City status again until the opening of the Metro Blue Line in 1990, and has since continued its relentless march to Great City Status with an ever expanding Metro Rail System. “Viva Los Angeles”