A Letter from LATL 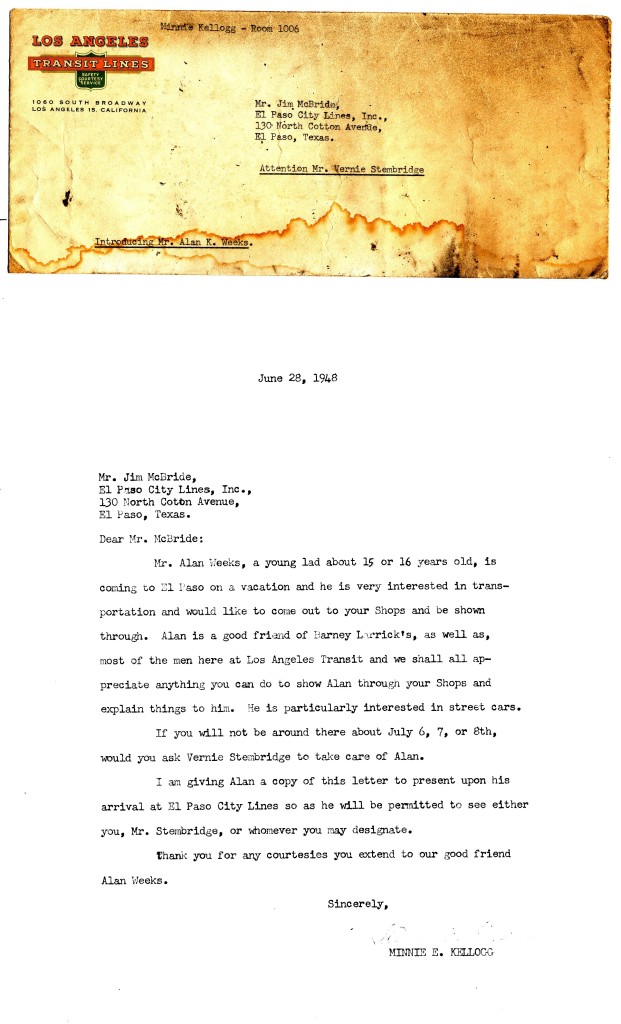 I recently found this letter among my collection, long forgotten and brown with age. Many times I have wondered what made us interested in rail transit (in my case, also buses).

My interest started early on when my father would drive by the Street Car barn near where we lived. (Division 5) Then he would take me to where there was a little Steam Engine switching the Wingfoot Spur. He asked the crew if we could get in the cab. They let us in and gave us a few blocks ride. Never forgot that night with the fire flashing in the firebox and steam hissing everywhere.

That was the root of my interest. But I think the enclosed letter explains how it turned into a life-long passion. In 1946, I went to the LATL Building at 1060 S. Broadway and asked if I could see the President of the Los Angeles Transit Lines. They sent me to see his secretary, Minnie Kellogg. She arranged the meeting with E. Roy Fitzgerald, the founder of National City Lines. And that led to introductions with the heads of all the other Departments. Eventually I was allowed into any of the many properties to wander and take pictures. Can you imagine that today?

In 1966 after leaving Mobil Oil Co. I was hired by RTD in the same LATL building twenty years after my first visit. And Minnie Kellogg was still there — just as friendly as always. I had kept up with her over the many years. I am sure that the openness and friendliness of the people at LATL are what kept my interest in transportation going until this day. 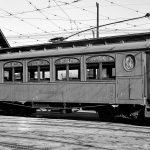