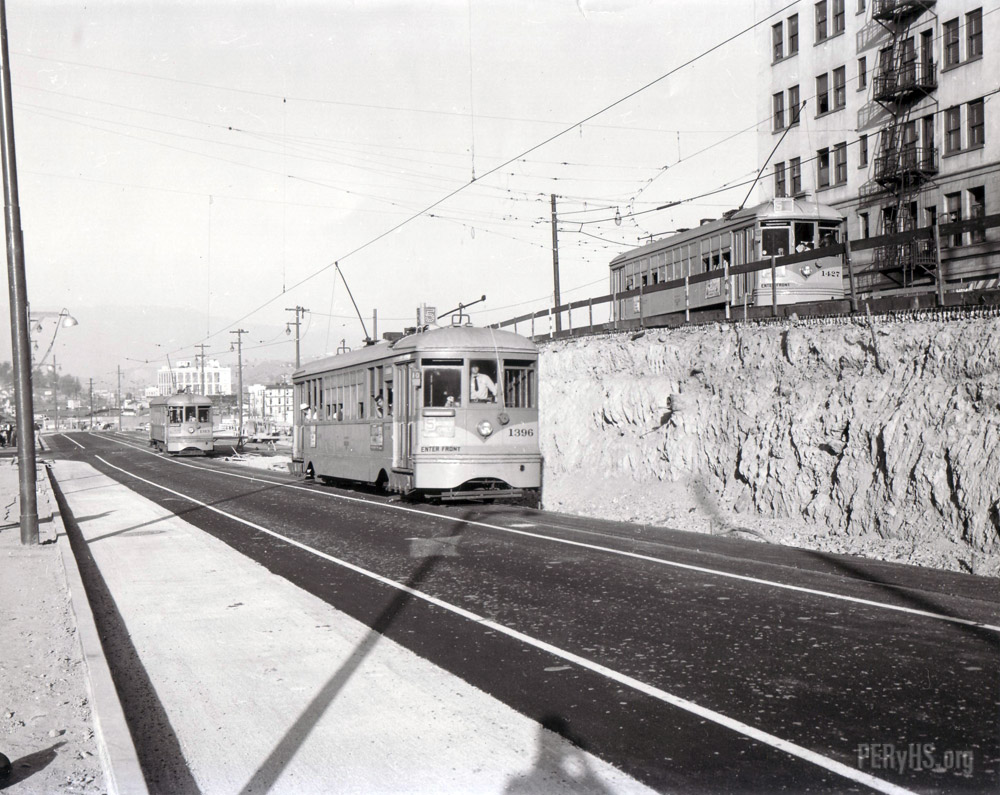 
Three Los Angeles Transit Lines (ex-Los Angeles Railway) streetcars are captured in this shot along the 5 Line, which ran from Hawthorne to Eagle Rock by way of downtown Los Angeles. Pictured in the foreground is car no. 1396; above, on the grade, is car no. 1427; and bringing up the rear is car no. 1313.


From the comments by Alan Weeks:


Car 1396 was Southbound on the New Broadway Freeway overpass. The Old Broadway Tunnel had just been removed. While it was being removed a Temporary Shoofly was built around the tunnel. Car 1427 is headed North on what is left of the Shoofly soon to be removed.