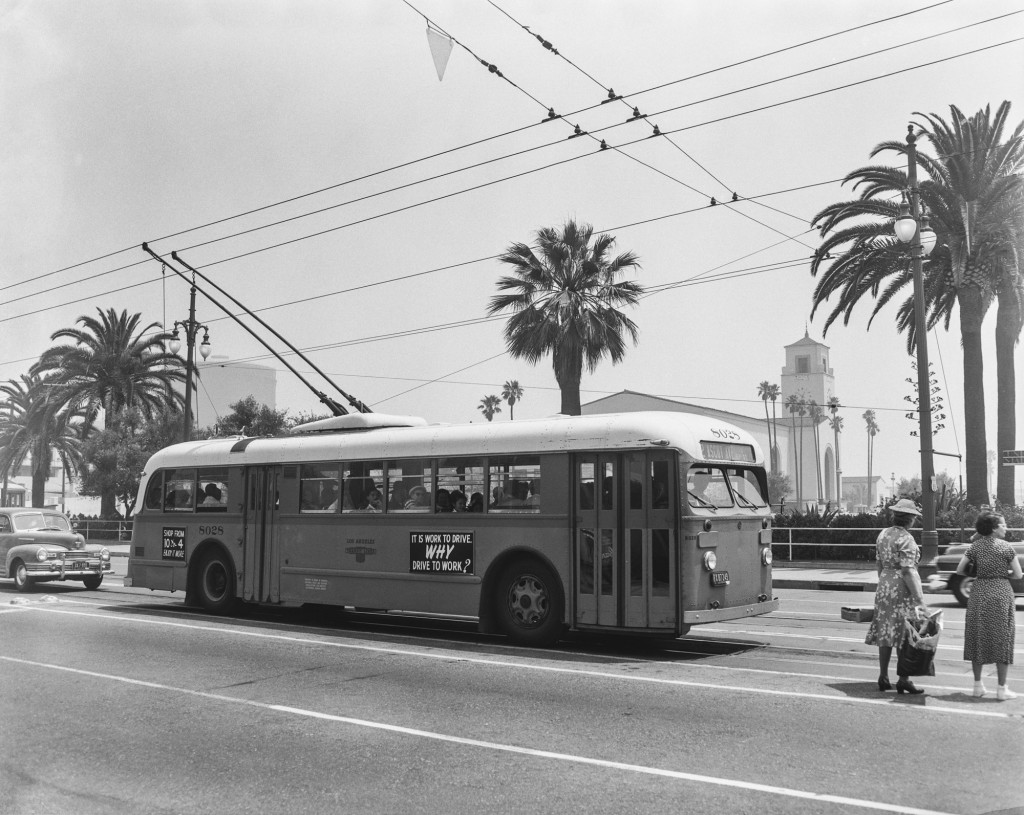 Los Angeles Transit Lines Trolley Coach no. 8028 pulls up to the streetcar “safety zone” at Macy & Alameda Streets in downtown L.A. Number 8028 was one of 40 Trolley Coaches ordered by the Key System. For unknown reasons, the Key System gave up on their plans for a trolley coach system. All 40 of them were sent south to Los Angeles, some in Key System paint, others in gray primer. LATL had BIG plans for the Trolley Coach. There was to have been three Trolley Coach lines; Line #1-Alvarado Street, Line #2- City Terrace and Line #3- West 6th / 3rd Streets.

The LAMTA did the same thing with the PCC rail service. When the LAMTA converted the S line to PCC operation, there was a shortage of about 20 PCCs. Buses were used on the V line in rush hour service for about a year. Then the service reductions started, and by the end of 1962, almost 30 PCCs were in dead storage at Vernon Yard; and as the late Paul Harvey would always say, “and now you know the rest of the story.”