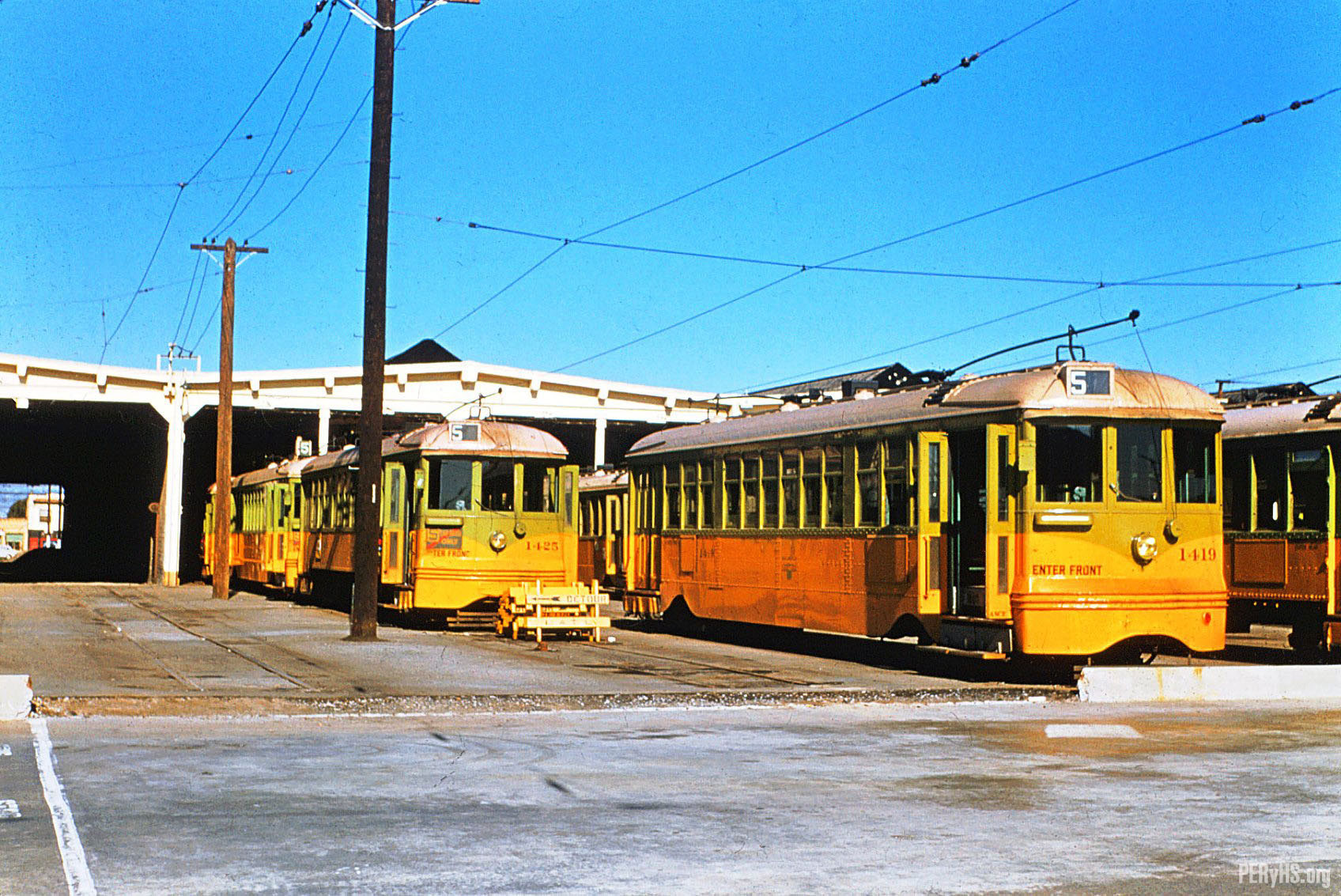 
It’s a bright, sunny day on December 20, 1954, as Los Angeles Transit Line cars nos. 1425 and 1419 are captured at the former Los Angeles Railway Division 5 Car House, located at 54th and Second in the City of Los Angeles.