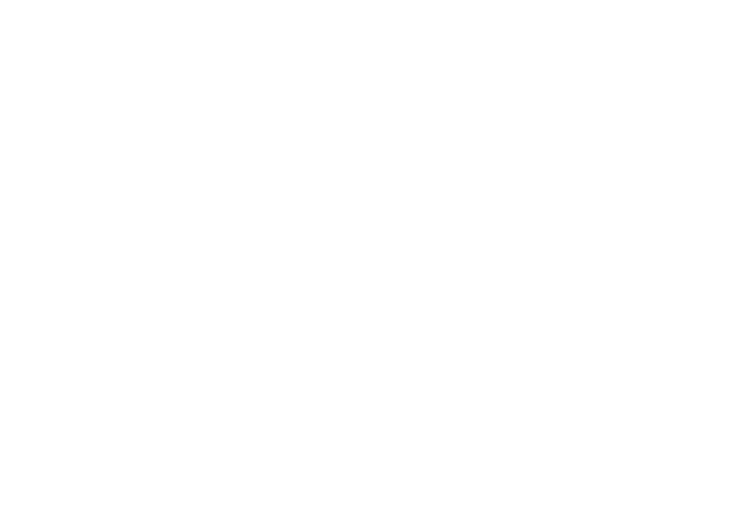 318 Southbound at the LA River

On the Long Beach line, a southbound limited train is shown just after it had crossed the new bridge over the Los Angeles River. Photo taken 12-27-1956.

Work was underway to cement the river channel which necessitated replacing the existing Pacific Electric bridge. As construction progressed, all rail traffic on the old bridge was routed to the southbound track and the northbound track removed. This created additional room for the new and slightly higher alignment immediately to the east.

By the date of this photo all traces of the old double track bridge (to the left of the train) had been removed and the freshness of the grading and ballast of the new alignment is apparent. Likewise, to the right of the train the cement channel abruptly ends and the original riverbed shows.

Cementing that area would be the next phase of the flood control work. The required replacement of this bridge was likely the last major rail construction project on the electrified system and saw less than five years of use for passenger service.

The relatively short section of single track over the river didn’t seriously constrict the flow of trains, although occasionally a train would have to wait for another train to clear. As a train approached, a block signal prior to the bridge would change from yellow to green if the bridge was clear. If the bridge was occupied, then the signal would stay yellow to warn the motorman to slow as the next signal closer to the switch would be
red. 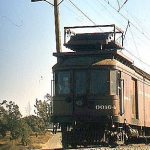 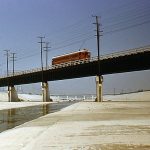